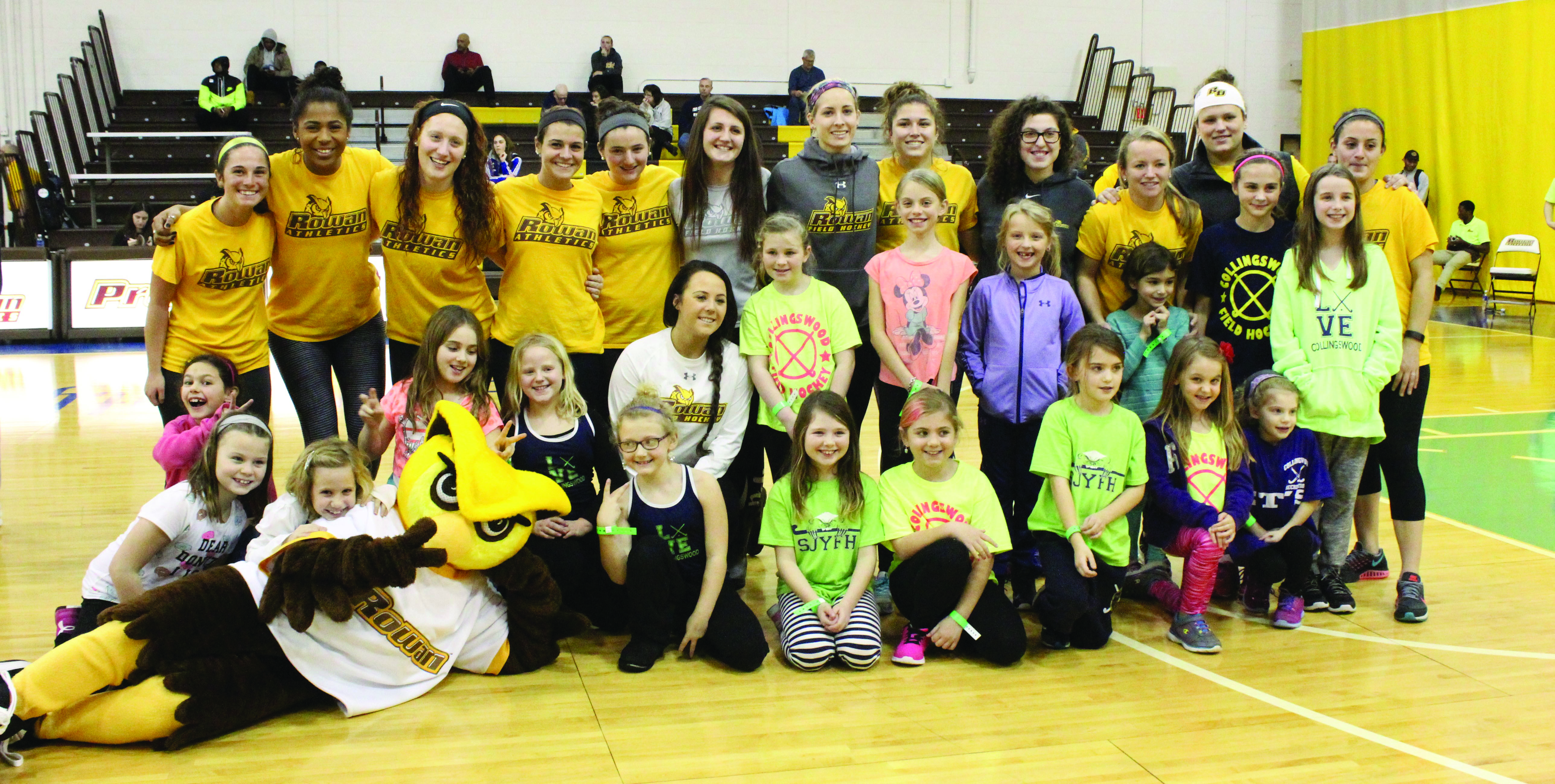 Members of Rowan University’s female sports teams united to celebrate National Girls and Women in Sports Day (NGWSD) for the first time at Rowan, during the recent women’s basketball game against The College of New Jersey.

For the past 30 years, NGWSD has been observed throughout the country on the first Wednesday of February, to celebrate the achievements of those who have helped create gender equality on the field, court and floor.

More than 60 young female athletes between five and 13 years old from Collingswood,

Haddonfield, Clayton and other nearby towns joined female Rowan athletes on Feb. 3, to learn new athletic skills and promote female leadership. Stations for lacrosse, softball, field hockey, volleyball, track and basketball were set up so girls could experience all sports — not just ones they participate in. Participants could practice making soccer goals, then learn passing skills with the field hockey team.

“I think it’s important to inspire young ladies and girls,” said Claire Czerski, a freshman physical education major on Rowan’s field hockey team. “They need to have options and opportunity to see what sport they want to be involved in.”

After meeting with the female athletes and coaches, the girls were escorted into the Esbyjornson gymnasium to help cheer on the women’s basketball team during their game. The girls shouted, chanted and held up pictures of the individual player’s faces on popsicle sticks.

“The goal was to expose young girls to all different kinds of sports,” said undecided freshman Sarah Rosenberg, who plays on the soccer team.

Rowan was one of hundreds of schools, universities, gymnasiums and community centers

across the country that highlighted female athletes and promoted female participation in sports as part of NGWSD. The theme this year was “Leading the Way,” designed to recognize the girls, students, coaches and parents who have inspired following generations of female athletes.

“We’re trying to engage the local youth, especially young females, to let them know that they have role models to look up to,” she said. “The event is encompassing leadership and opportunity.”