Sex is everywhere. It whispers through music on the radio, slips into print and TV advertisements and sometimes, for those cursed with paper-thin walls, it screams from the neighboring apartment.

Rowan University’s Prism and Intersectional Feminist Collective decided to bring sex to an entertainment and educational platform with the Valentine’s Day edition of Sex Toy Bingo on Wednesday, Feb. 17.

Despite the near-freezing temperatures that night, over 500 people attended the event; many were lined up outside of Pfleeger Concert Hall long before the 7 p.m. start.

“We want sex positivity,” said senior Kailee Whiting, an applied sociology and communication studies dual major and president of Prism. “The great thing is that it’s fun, and we get to teach people as we’re doing it.”

As songs like Rihanna’s “S&M” and R. Kelly’s “Remix to Ignition” blared over the sound system in between bingo rounds, games including “Guess the Lube Flavor” and a race to put a condom on a butternut squash were played onstage in front of a cheering audience.

The various games incorporated educational components, such as proper condom use, an awareness of gender pronouns and explanations of different types of lubricant.

Hosts spent about $300 dollars on prizes, but the bulk of prizes came from donations, including $4,000 worth of lubricant from the local Fantasy Gifts shop. Every attendee received a ‘goodie bag’ that included condoms, lubricant samples and information on topics like reproductive health services and the importance of sexual consent.

First time participant Sai Gurram, a freshman business major, was one of many students who attended the event out of curiosity and to have a laugh with friends.

“My friends hyped it up and said it was one of the best events that ever happened at Rowan,” Gurram said. “I think it’s a good time because everyone’s having fun.”

All proceeds from raffle tickets for gift baskets, a photo booth and concessions – which included penis-shaped pretzels from the Philly Pretzel Factory – were donated to the Triad House, the only LGBTQ safe house in New Jersey.

The event has welcomed more participants each of the four times it has been held. Prism plans to continue to host one Sex Toy Bingo per semester, with the next one scheduled for the fall semester. 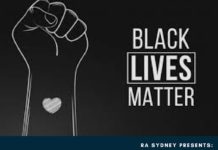