This is an installment of Matt Kass’ weekly column “Left, Right and Center.”

If the last few weeks of Donald Trump’s presidency have taught me anything so far, it’s that the concept of political satire has been far outpaced by reality. Consider this story from Trump’s country club Mar-a-Lago during this past weekend.

As Trump entertained Japanese Prime Minister Shinzo Abe and his wife, word came that North Korea was testing ballistic missiles, a direct and flippant provocation from the hermit kingdom. If I were the president, I might have perhaps retired to a more secluded location to ponder my options.

However, Trump and I are two vastly different people, and as accounts from club members seem to suggest, he and Abe looked at classified documents at a table in the main dining hall of a country club in full view of other patrons.

As shocking as this incident is, and with all the questions it raises, the biggest question that needs to be answered involves something far greater. How much buffoonery and lack of decorum from our 45th president are we as a nation willing to take before we say enough is enough? Where will we draw the line?

For all of his faults in my eyes in terms of foreign policy, Trump’s predecessor in office never seemed to have these types of slip-ups. You never saw Barack Obama angrily tweeting or threatening to ruin people. Because he understood that a large amount of people both domestically and abroad look to the office of the U.S. president as a steadying influence in a world that can be anything but.

As I said already, Trump just doesn’t get this. What follows is an incomplete list of slip-ups, gaffes, and blown campaign promises.

Trump promised to stop tweeting from his private account if he won the presidency. He has done no such thing, and has even re-tweeted himself on the POTUS account (and people say I have a vanity problem).

He promised to divest fully from his businesses, and to avoid using the power and clout of the presidency to help himself or his family. He has offered no proof of his divestment, and even tweeted about Nordstrom’s unfair treatment of his daughter, all because they stopped carrying her clothes.

He swore he would release his tax returns, but only after the FBI had audited them. As of this column, he still hasn’t released his tax returns, and probably never will. As any elementary school student can tell you, it’s okay to say that you just don’t have them, but making up flimsy excuses as to why we can’t see them is unbecoming of your office.

Again, that’s but a small sampling of the times Trump has flubbed while in office. Put together, it paints a picture of a man in over his head, and unaccustomed to the station he now holds.

I do understand that Trump has never held elected office before, and as a result, doesn’t have the full grasp of political decorum. But can one of his advisers please teach it to him? Because I feel like right now, they’re the only ones who seem to be able to reach him. 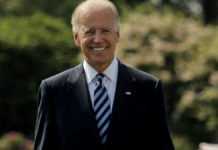