Why aren’t teams interested in Colin Kaepernick? A few years ago, he led the 49ers to the Super Bowl and was one score away from bringing the Lombardi trophy to the Bay Area. Well, the truth of the matter is a lot has changed since then.

To the people who are saying that the sole reason for teams not signing Kaepernick is because of his controversial actions during the national anthem — you are wrong.

Firstly, Kaepernick has already announced that he will stand during the national anthem during this upcoming season.

Secondly, signing Kaepernick immediately brings negative attention to the organization that signs him. A team looking to bring in a quarterback will be struggling, and they don’t need controversy during an already tough time. Some people however, loved how Kaepernick knelt during the national anthem, while some people definitely didn’t. Regardless of who’s right and who’s wrong, if a team signs him there will be plenty of division and controversy. Although, not signing him because of that is completely justifiable.

But aside from the controversial protest, doesn’t his performance in previous seasons play a part in him not being signed? Absolutely, and rightfully so.

Could it be that Kaepernick just isn’t good anymore? Yes, probably. Since free agency hit, did people just forget about the game last season where he finished 1/5 with four total passing yards? I mean we are talking about the same guy who initially lost the starting spot to Blaine Gabbert. To be honest, if Kaepernick wasn’t playing for Chip Kelly last year, he wouldn’t have started a game all season. Kelly has to be one of the worst judges of talent in the NFL. Being a starter in Kelly’s system is not saying much for your skills as a player.

Kaepernick thrived his first few seasons in the NFL because he is a great athlete and was able to make plays. However, once defenses were able to figure him out, he had to rely on his arm, and when you can’t hit the broad side of a barn, your stats start to slide.

Kaepernick has too many downsides for any team to want to sign him. Some view his sudden change in wanting to stand for the national anthem this season as “selling out” just to get a contract, while others could already have a negative view of him kneeling in the first place. At the end of the day, maybe teams are finally starting to realize that Colin Kaepernick is flat out awful at the position. 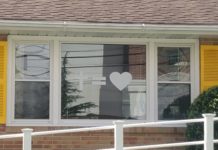