Let me preface this by saying this isn’t going to be about whether or not this is something he can do. One, because he already has, it’s a moot point. Two, I frankly assume that legality is not a concern of his.

It may be obvious to some, but let’s make it clear that, much like Donald Trump as a president, this executive action breaks the norm, and not in a good way. Presidential emergencies have actually been a common occurrence and can be declared for a variety of situations, which is why in any other circumstance, no one would bat an eye.

Then there’s this. According to the Brennan Center for Justice, since 1976, when Congress passed the National Emergencies Act, there have been 59 states of emergency, not counting disaster or weather related events. Washington used these powers to take over state militias during the Whiskey Rebellion. Lincoln used them during the Civil War to establish a blockade of southern ports.

In modern times, presidents have used them to impose sanctions or call up the National Guard. Bush used them after 9/11 to give him broad powers. Obama declared an emergency in 2009 for the swine flu pandemic to waive some Medicare and Medicaid regulations like permitting hospitals to treat an infectious illness off site.

Simply put, Trump doesn’t have a reason that’s anywhere near as good.

The announcement was made from the Rose Garden of the White House, where the president referred to illegal immigration as “an invasion of our country.” Initiating the emergency bypasses Congress, which approved far less money for the wall than Trump was looking for. With the declaration, the president has plans to siphon billions of dollars from federal military construction and counter-drug efforts for the wall, according to White House aides. Immediately, and for what feels like the first time in a long while, this move drew bipartisan criticism.

Lo and behold, another conflict arises within the administration that’ll go through numerous rounds of legal battles.

This decision by the president comes not long after lawmakers decided to fund large parts of the government to put an end to the historically long shutdown. Wall funding has been something he’s butted heads with Congress over for more than two years. The bill for border barriers contained about $1.4 billion, far below Trump’s desired $5.7 billion. To bridge the gap, he will spend roughly $8 billion on border barriers, combining the approved money with funding re-purposed through other executive actions, including this one.

Conservatives are generally against copious government spending. Tell them about reducing college tuition, or evolving our health care model and they will question you how to pay for it. That’s not a wrong response; they’re right to be concerned about that.

But what about this? Is this an example of egregious government spending, too? We always seem to have the money for the military or things like this, but never for helping our own people afford necessities.

To answer that, you have to go back to whether or not the wall is truly something we need, something that we’ve analyzed to death by now since Trump announced plans for the wall several years ago. Here we go again.

Real quickly, no it isn’t. According to the Department of Homeland Security, visa overstays have outpaced illegals sneaking over the border for years, overstays even doubling apprehensions in 2017. Clearly a wall wouldn’t stop that. Illegal immigration is a problem, yes, but the form of it that the president is choosing to fight is not the form that appears most commonly. That’s just one problem.

Back to the current situation, the president is misusing a very dire power that’s meant for times when Americans are in great danger, not to enact policy. Presidential powers were created as a way to allow the president to act when Congress didn’t have the time to do so, like in the previous examples from earlier administrations. On immigration, congress had plenty.

Ultimately, Trump is going against the will of Congress in order to pay for a campaign promise that he otherwise would not be able to keep. 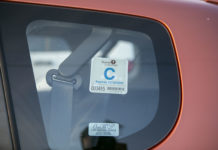