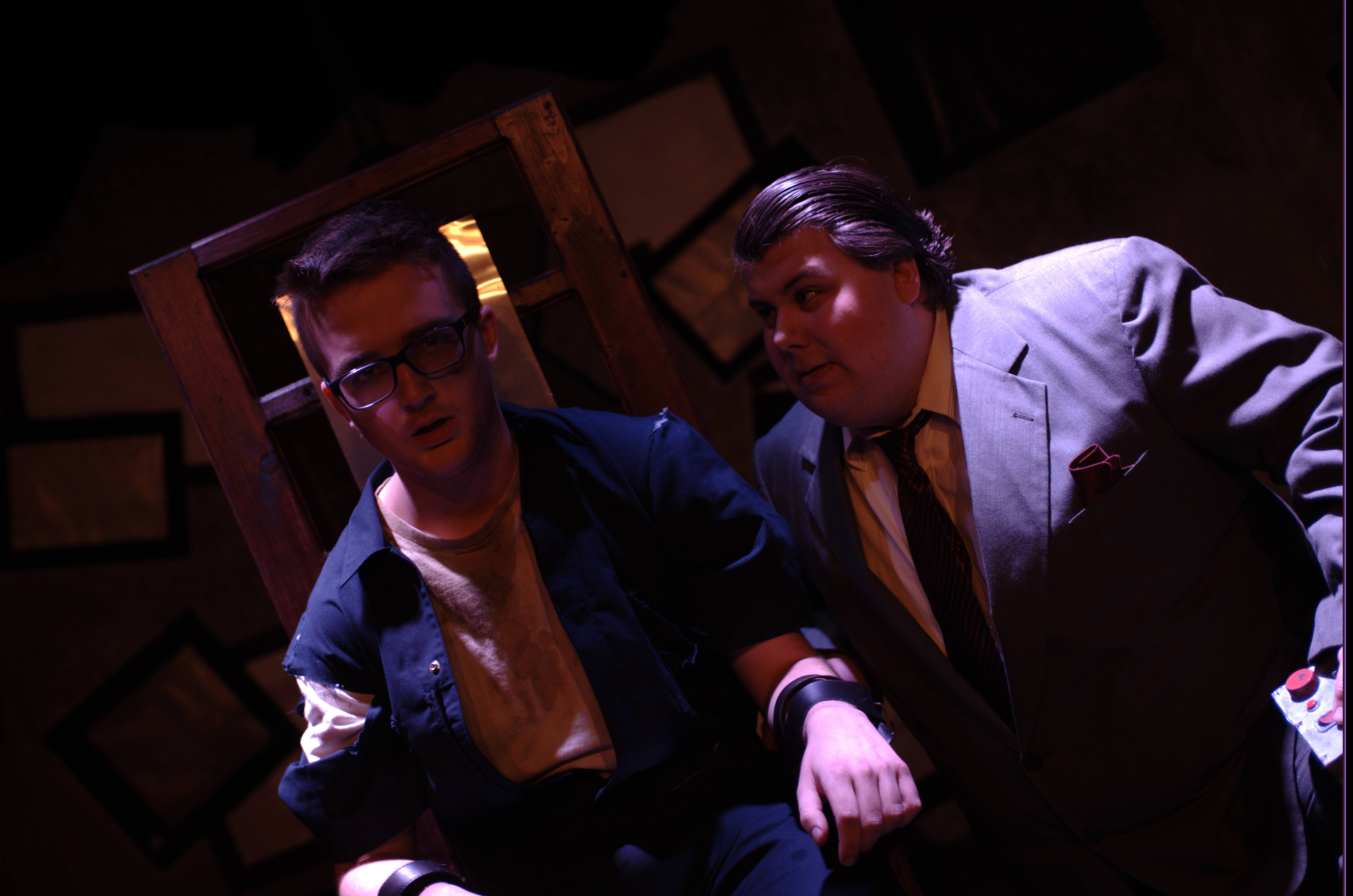 Rowan University Lab Theatre’s production of “1984” premiered this past weekend, adapting George Orwell’s dystopian novel to the stage. The story follows Winston Smith, a low-ranking member of London’s Ruling Party, led by the omnipotent Big Brother. In both novel and play, the Party controls everything from the daily lives of its citizens to the expanse of recorded history.

Performing the Orwellian tale on stage proved to be a challenge for the small cast, but freshman theatre major Reise Bridgers, who starred as Smith, and his other cast members rose to the occasion.

“Bringing Winston to life was the biggest challenge I’ve faced as an actor so far,” Bridgers said. “This was my first non-comedic role ever, so I had to do a lot of research.”

The lead actor cited various YouTube videos which he used in order to better get into character.

“It’s been very taxing on my body but I used any sort of discomfort and anger and fear that I had to influence my character,” Bridgers said. “It also takes a lot of mental preparation on my end to psych myself up to that level of tension and extreme focus; I’m proud of myself for being able to pull it off.”

Although the story centers around a dark theme, not all about it is bleak, according to senior english major Dan Davis who was in the audience for last Friday’s production.

“I think ‘1984’ is one of the darkest plays I’ve ever seen and I think that’s mostly the point,” Davis said. “[It says] how the government can impose its power on people and by the time the people realize it, it is often too late. But I also feel like ‘1984’ gives a moment of hope that the people can always and will always overcome evil when it is forced upon the people.”

Throughout the show, the different Party members acted out Smith’s life leading to his inevitable capture, giving a different approach to a traditional linear form of storytelling. While the focal point of the play was Smith during his interrogation, the story of his life leading up to it was complemented by the rest of the cast.

“I really enjoyed that Sam [Price]  made the point of view from the First and Second Party Members,” said stage manager and senior technical theatre major Dana Melnyk. “It gave a nice twist to the show.”

“It left me wanting more because you see [the Party Members] get away at the end,” Melnyk added. “I loved that the roles essentially got swapped. The Party Members turned away from Big Brother and Winston fell in love with Big Brother.”

The controversy surrounding organizations like the National Security Agency and the Federal Bureau of Investigations have become embedded into American culture as of late, according to director and senior theatre and advertising major Samantha Price.

“It’s incredibly timely,” Price said, drawing comparisons to some of the turmoil in the 2016 Presidential election. “In ‘1984’ we see constant surveillance. We see politicians and people in power using fear to warp people’s perceptions against each other.”

However, with the twists and turns of “1984” and Smith’s story, Rowan’s Lab Theatre’s cast and crew had an important message in mind for people to take away from their production

“I think it’s important to remember that there’s hope even through all these horrible events that are happening globally – that there are still good people,” Price also added, “We can’t lose sight of how important it is to be connected to each other.”

– Featured image: Reise Bridgers as Winston Smith, being interrogated by supporters of Big Brother. In “1984” we see the peak of dystopian society, where the goverment monitors and controls its citizens every movement, word and thought.  -Photo Courtesy of Mark Williams