In response to a fire in Mimosa Hall on April 7, we joined the university in asking students to make sure they’re leaving buildings where the alarm is sounding. Unfortunately, the university’s response has been too heavy-handed for us to support, and crosses into an ethical grey zone which puts students’ right to privacy in jeopardy.

After students continued to leave Mimosa as late as 30 minutes after the alarm began to sound from a fire on the first floor, the university and the Glassboro Fire Department came together to dicuss a new way of enforcing a mandatory evacuation policy, said university spokesman Joe Cardona. The existing policy dictates that students must evacuate a building where the alarm is sounding, and that they will face a financial penalty if they are caught staying in the building.

Presumably, the policy is intended to do two things: protect the residents, and protect the firefighters tasked with saving them in an emergency. It’s for these reasons that we thought it was important to write to students and stress the reasons why that fire should be a reminder to them to exit the building even though most of the time there’s no actual danger.

But Rowan’s decision was to enforce the policy by having the fire department check every bedroom in the building in question, and it raises major ethical concerns, and perhaps even some legal ones.

It should be said that it is not outside of the university’s rights to enter an on-campus residence for the investigaion of a policy violation. Resident Assistants do this sort of thing all the time, walking into parties to make sure underage students aren’t drinking alcohol, or performing health and safety walkthroughs to make sure there aren’t any dangerous items or materials in the space.

But when the investigation turns to the criminal, like when it’s suspected that marijuana or other illegal substances may be in a room, the police still require consent to perform a search, otherwise they may need to obtain a warrant to enter the space without the consent of the resident.

In emergency situations, these rules can change. If someone is in danger or is in need of medical attention, police and public safety officials may not need your permission to enter a room. The emergency situation supercedes the other rights which usually apply.

In the case at hand though, Rowan and the Glassboro Fire Department don’t seem to be checking bedrooms because of an emergency. Presumably, firefighters could start looking into bedrooms until the cause of the alarm has been discovered, trying to make sure that no one is in the building and in danger while a possible fire rages beneath them or next door.

But once the building has been cleared, meaning it’s been determined that there is no fire or active threat, the explanation for why personnel are entering rooms changes. No longer are they looking for students in jeopardy, they’re looking for policy violators – people they can fine.

There’s good reason for doing this. Whatever staff have been telling residents clearly hasn’t motivated them enough to make sure they’re leaving the building. This kind of no nonsense, strict form of policy enforcement could very well result in total evacuations of the buildings at every fire alarm. But that doesn’t make it right.

So in the face of effective policy enforcement, the university has buckled in just about every other area in order to protect the rights of its students and to make sure that they aren’t being targeted – even when they may be violating a policy or committing a crime.

Even students who leave the building in accordance with the policy could face disciplinary action as a result of the searches. It’s not difficult to imagine opening a bedroom door and finding alcohol, drugs, or other prohibited items in the room, items that now need to be documented – even though the residents complied with the rules.

What Rowan’s doing makes sense as a tactic for increasing evacuation policy compliance. But, it’s a tactic that puts students unfairly in the cross-hairs, and that targets students to a level unseen in other realms of policy enforcement.

For questions/comments about this story, email editor@thewhitonline.com or find us on Twitter @TheWhitOnline. 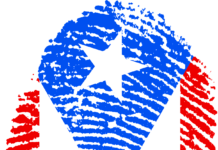