Rowan Progressives hosted “An Evening with Kshama Sawant” online on Wednesday, March 31. The event was exclusive to students and featured a lecture from Sawant followed by a Q&A session.

Sawant is a member of the Seattle City Council and was the first open socialist elected to the council in over 100 years. She is also a member of the Socialist Alternative. She accepts the average worker’s wage and donates the rest of her salary to social justice movements. According to the Economic Policy Institute, in 2019, the average wage for a full-time worker was $19.33 an hour, which translated to around $40,000 for the whole year.

Sawant has organized legislation such as a $15 minimum wage and “Tax Amazon.” The tax would target the largest companies in Seattle but excludes non-profits and grocery stores.

Sawant touched on the importance of building mass movements for legislation.

“Every victory we have won has been a product of our class struggle-based fighting strategy where we know that the political establishment is not on the side of the working people,” Sawant said.

Sawant is facing a recall campaign against her office. There are four charges against her in the recall.

“All of them claim that I broke the law in some way or another…All of the charges are false. I have not broken the law. But that doesn’t matter as far as the Washington state law on recalling elected officials is concerned, which is set up to be deeply undemocratic…It does not require the charges made in the recall petition to be true,” she said.

At the time of the event, Washington state’s Supreme Court had not yet ruled whether the recall could go to the ballot. On Thursday, the court ruled to allow the recall campaign to move forward. According to The Seattle Times, recall petitioners have to collect over 10,000 signatures from Sawant’s district in 180 days. If collected, a recall election gets placed on the ballot.

Politicians face pressure from all sides once they are elected into office. Sawant touched on her experiences serving on the council.

“Having been in office for over seven years as an independent socialist, as a Marxist, I can attest to the real pressure to bend to the corporate politics of the establishment. This is often indirectly expressed as a demand to be ‘civil’ to your ‘colleagues’ on the legislative body,” Sawant said.

Despite the pressure she faces, Sawant let attendees know how she keeps doing her job.

“My life, to be brutally honest with you, is deeply uncomfortable, and every day is a fight. But the day that it will not be a fight will be the day that I know that I am doing something wrong. You either sell out, or you are their enemy,” she said.

Sawant also touched on the topic of voting and gave attendees an idea of what to look for when choosing who to elect into office.

“It is much more about electing representatives who are clear-eyed about what they are doing,” Sawant said. “It’s about how to withstand the pressures of office and to understand what a fighting strategy really looks like…It will not be enough to Tweet support for an issue.” 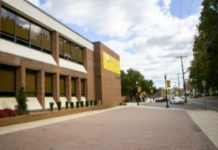