On Monday, Rowan University officially picked sides in the debate about President Trump’s executive order resulting in a refugee and immigration ban. It was wrong to do so.

The president’s order is controversial, to say the least. Across the nation this weekend, protests broke out at airports where legal green card holders were reportedly being detained and threatened with deportation to countries where they are not permanent residents. For several days, the order caused mass confusion as to what it was actually restricting, who it would effect, and whether or not it was really even a “ban.”

On campus, reactions were mostly personal and restrained. A group of students did organize a demonstration outside of the student center on Monday morning to call congressmen and protest the order, but for the most part, students just went about their days. Debates surely took place in classrooms, in the cafeterias and on social media, but on campus the day seemed mostly like any other.

At approximately 3:30 p.m. the office of President Dr. Ali Houshmand released a statement encouraging civil debate, but also threw the university behind one particular position.

“We understand the fear of additional terror attacks on American soil, but we have faith that Homeland Security and other federal and state agencies are prepared to monitor and protect our nation without the need for such a ban,” the email said.

Throughout the statement, there was never a use of “I” or “this office,” instead the president spoke as “the collective of the university,” according to Rowan University Spokesman Joe Cardona.

The use of “we” troubled the editorial board at The Whit almost immediately, not because we all disagreed with the sentiment of the statement – in fact the views of the staff as a whole have been surprisingly varied – but because the president had decided to speak on the behalf of the entire community of Rowan, a community which includes more than a few students who support President Trump and his executive order.

We – The Whit editorial board – understand that Rowan is not alone in taking a position on the issue. The Association of American Universities, made up of dozens of public and private colleges, “urge[d] quick end” to the order in a statement on Saturday. To be clear, we are not advocating for the executive order or supporting it in any way.

But what Rowan did was take language usually reserved for expressing the values of our community and used it to ascribe a particular political belief and stance.

EDITORIAL: Proper discourse is key in times of division

It is our opinion that this action actually served to work counter to the message included at the end of the president’s statement, which encouraged students to, “Have your opinions. Share your opinions.” This kind of language effectively silences the voices of those on campus with conflicting beliefs. It serves a direct message that they are free to share their opinion, but that they should do so knowing that their views are not representative of the university, and that on our campus, they are the “other.”

It is this kind of language which has driven us to the politically polarized point in American history to which we have come. The constant need to separate “us” from “them” is the same need which forces us to fight, scream and name-call.

We are not surprised that this university or that any others are taking sides in politics, in 2017 that’s just where we are. But projecting the political views of the institution onto the community is inappropriate and serves only to further alienate the groups which we should be trying to pull back together.

Editorial: So What’s the Point of a College Experience in a Pandemic? 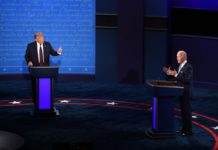 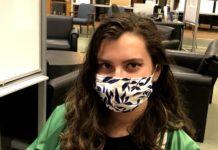 Editorial: The COVID-19 Pandemic is not Over