While students were away in the sun or working over spring break, The Chronicle of Higher Education got full attention of the Rowan University’s Athletic Department, athletes, students and other Rowan officials. While the sports bra story seems to repeat itself, further developments unfolded that left readers with more to interpret.

‘Sports-Bra Outrage, and a Fight Over Everyday Sexism,’ written by Jack Stripling for The Chronicle, was published Mar. 21 and has shed light on behind-the-scenes movements at Rowan, leaving several university officials and staff exposed.

Now, the athletics department is in a much deeper hole than before. The Chronicle obtained audio recordings and documents through a public-records request and sources in the university, according to The Chronicle. The documents and audio recordings contain statements from athletic directors, including Dan Gilmore and head football coach Jay Accorsi.

Back in November, before The Whit first put out a story on this which included interviews from Michelle Macauley, a co-captain of the women’s track and field team, Accorsi emailed Penny Kempf, associate athletic director, according to The Chronicle.

In the email, Accorsi thanked Kempf, despite his continuing concern.

“I just wanted to say thank you! Yesterday we had no track issues for the most part, and it was the best and safest coaching environment we have had all year. I still am uncomfortable with female athletes running around the track in sports bras, which unfortunately did happen again. At least they were no bright colors! Thanks, Jay,” Accorsi wrote.

Accorsi did have the right to hold a private practice for the football team during football season, but the issue of sports bras worn by female athletes is what truly led to overall concerns and attention.

This email, tweets and other important pieces were in reaction to the initial blog post by Gina Capone, which went viral. Kempf confronted Capone about the blog post, which was all laid out chronologically in a timeline created by The Chronicle.

Nevertheless, the article stated that the overall issue sprung from more than the school’s “dress code.”

“It’s about a fight to undo what some women describe as a stubborn and corrosive culture,” Stripling wrote.

Soon after the female athletes spoke out, the athletic department dismissed the blog post and other confrontations.

Capone and Hannah Vendetta, both Rowan cross-country runners, met with Kempf after Capone published the article, according to The Chronicle and the documents provided.

“Kempf, who was joined by Zazzali, had printed out the blog post and ‘highlighted everything that she found offensive,’ Capone said, demanding that she be uninterrupted as she read it aloud and disputed a litany of facts,” Stripling wrote.

The Chronicle reached out to Kempf, who declined an interview.

According to the NCAA guidelines, there are no restrictions on practice attire, but uniforms must “cover the full length of the torso,” according to The Chronicle. The Title IX investigator who met Rowan officials back in February found evidence that one of the football players made a remark insinuating that the women runners were asking for it. Considering the women did not hear this remark, the investigator decided it did not create a hostile environment, which would have violated the law. The Chronicle stated that Accorsi reprimanded the player, according to a witness, but Accorsi would not share the name.

“The women don’t see lessons learned. Instead, they see an athletics department digging in, seeking to discredit and intimidate its critics,” Stripling wrote.

On Nov. 9, before Capone was confronted by Kempf, Rowan’s Vice President for University Relations Joe Cardona received offensive emails from his old high school friends. In an interview with The Chronicle, Cardona said they did not reflect his views.

“Everyone should toast Cardona tonight. He and Rowan take a stand to support men’s dreams…sorry I meant women’s rights, and allow the wearing of sports bras for female athletes at Rowan. Cheers Joe,” Kolodney wrote.

“…For those attending AC19, there will be an optional Friday night activity to visit Rowan to observe cross-country practice. Look forward to seeing you all,” Baach wrote.

The Whit’s sports editor Jaiden Campana interviewed Cardona, which is included in Campana’s editorial on the overall matter.

On Monday, President Ali Houshmand sent a mass email to students and staff.

“The University has demonstrated through our actions that we are committed to providing all members of our community an inclusive, supportive environment,” Houshmand said in the email. “We will continue to take steps to address discrimination in all of its forms.”

Houshmand states that action to change the rule of female practice attire was quick and under his direction. In addition, he mentioned the Title IX investigation has concluded and resulted in “confidential employment action.” The findings and The Chronicle article lead to a new investigation, which differs from the initial Title IX investigation. Human resources and an outside investigator are now involved in a related investigation.

Outside consultant Cheryl Levick is conducting a program review of the athletics department and how they operate, which will conclude mid-April with a final review by the end of June. Houshmand states those findings will be made public, along with an action plan. 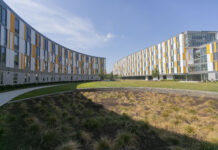 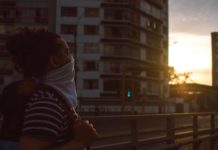