For the past four months Hong Kong citizens have been protesting, often violently, a now-withdrawn bill that would allow the extradition of criminals to China under certain circumstances.

Hong Kong has been autonomous since it was given to the Chinese by the British in 1997. The bill would have potentially given China more power over Hong Kong, and would have faced Hong Kong citizens with unfair, and sometimes violent trials.

Even after the bill was withdrawn by Chief Executive Carrie Lam, demonstrations persisted, as the protesters have other demands that are yet to have been met. Among these are the withdrawal of the description of ‘riot,’ used about their protests, an independent inquiry into police brutality allegations, and amnesty for arrested protesters.

The protests are viewed as a threat to China’s sovereignty by the Chinese. This has elicited a strong response from them, leaving many international companies that do business in China forced into getting involved with the issue.

One company that was forced into the situation was the NBA, due to the Houston Rockets general manager Daryl Morey tweeting in support of the Hong Kong protests.

Morey’s tweet elicited an extreme reaction from China, especially digital giant Tencent, whose most recent streaming deal with the NBA is reportedly worth $1.5 billion. Multiple broadcasters cancelled the scheduled streaming of some NBA preseason games in china.

The NBA is in a difficult position, trying to appease both American and Chinese fans.

The NBA told Chinese fans in a statement released on Weibo, a Chinese social media platform, that they were “extremely disappointed” by Morey’s comment. The statement went on to claim the tweet was “inappropriate,” and it has “severely hurt the feelings of Chinese fans.”

Crispin fully understands the NBA’s careful approach to responding to Morey’s tweet, as the NBA does a lot of business in China.

“[The NBA] is a big deal in China,” said Crispin, and whether his tweet was right or wrong, “It’s not really in their interest to [side with Morey]…it is a business, so the concern is  often financial.”

Crispin showed dissatisfaction with the use of a social media following gained through sports being the platform for Morey’s political thoughts, regardless of message.

“People on all sides want to use [sports] for their own agenda, and I think that’s a danger. I don’t care what side they’re on, whether I agree with them or I don’t,” Crispin said. “When you start to try and hijack sports for a different agenda, you ruin it for what it is.”

Many other international companies have been forced to take action as well, including Apple, whose presence in China is crucial to the company.

The Chinese are one of Apple’s largest consumers, and the production of Apple iPhones is based in China, so while it might not align with the support of human rights, appeasing China aligns with keeping business good for Apple.

Apple was pressured by the People’s Daily, a large state run paper, to take down a crowdsourcing app that communicated the whereabouts of police and protest hotspots to Hong Kong citizens.

Apple responded to the pressure by pulling the app, HK Maps, from its app store.

Many are outraged by Apple caving to China’s demands, removing the app within a day of being pressured to do so. Freshman jazz studies major Skyler Kern was not satisfied with Apple’s actions, but understands that as long as we support them they will continue appeasing China.

“They are a business. [Apple’s] main goal is to make a profit,” said Kern, and while Apple and other companies may prioritize profits over people, “we are just as much to blame for supporting certain companies,” as they are “doing questionable things.”

Blizzard Entertainment, creators of the video game Hearthstone, were also forced to take stance on the Hong Kong protests after Chung Ng-Wai shouted “Liberate Hong Kong, revolution of our times!” during a post match interview.

As Blizzard is partly owned by Chinese digital giant Tencent, they chose to appease China with their reaction. Blizzard responded by suspending Ng-Wai from tournament competition for a year, and making him return the $10,000 tournament prize.

In a statement released on Weibo, Blizzard said, “We will, as always, resolutely safeguard national dignity.”

The actions taken by Blizzard, Apple and the NBA have upset many Americans who wish to see these companies prioritize the rights of the people of Hong Kong over profits. 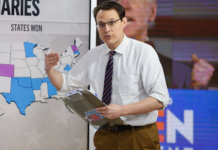