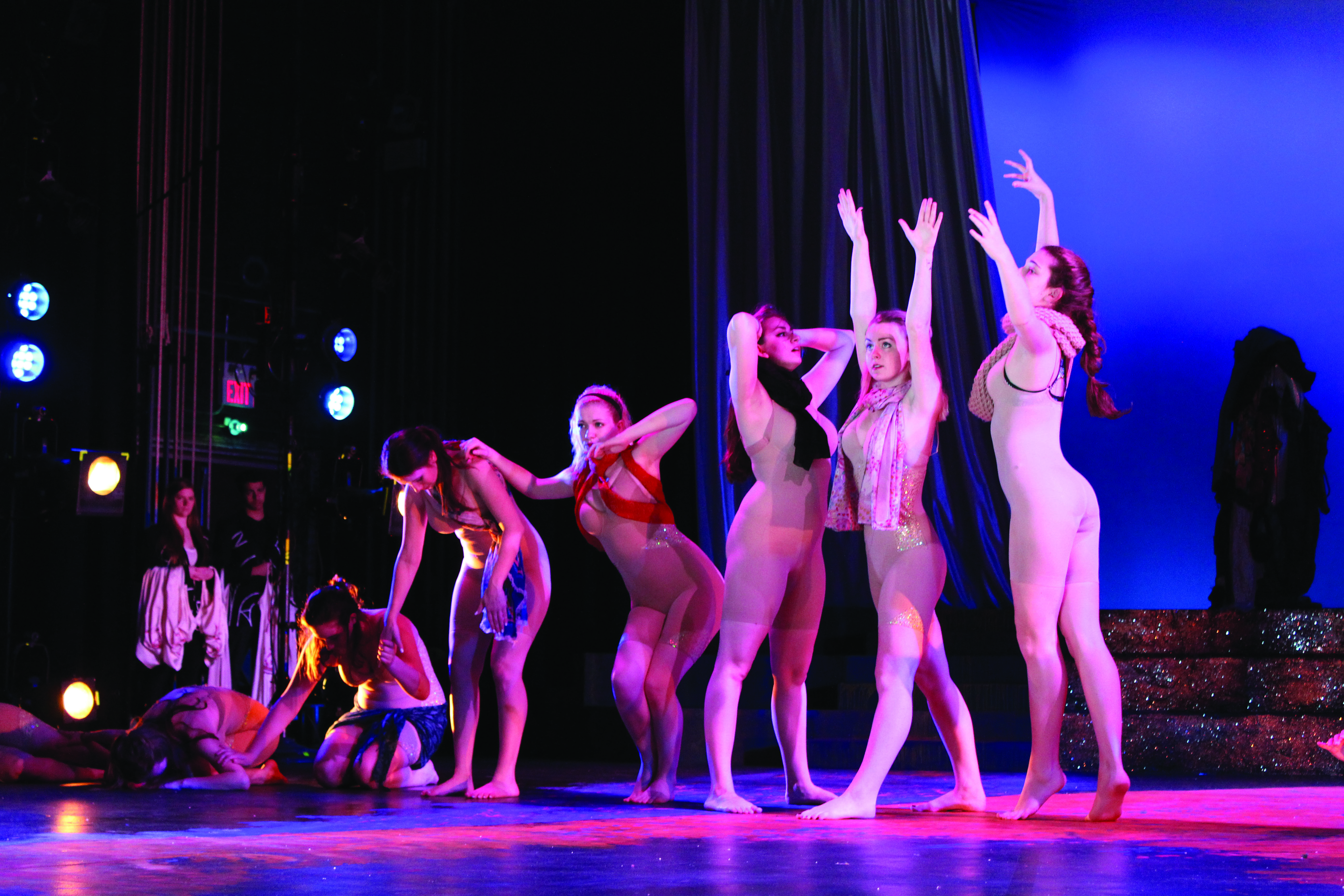 The Department of Theatre & Dance will be performing “Making Trouble: Dance of The Future” this weekend at Tohill Theatre.

Based on the 1903 manifesto ‘The Dance of the Future’ by Isadora Duncan, a modern dance pioneer and feminist, “Making Trouble” showcases the transformation and evolution of dance.

In “Making Trouble,” there are two groups of dancers: one directed by Beau Hancock, who is a Visiting Assistant Professor at Rowan, and the other group is directed by Leslie Elkins, who is also an Associate Professor of Dance at Rowan.

“It was based on the ideals she cultivated around her dance practice, around the dances she was making,” Hancock said.

Paule Turner, the curator of the show and an Associate Professor of Dance at Rowan, sees the manifesto as a journey of dance from the past to now and beyond.

Elkins talks how her and Hancock made sure that the dances don’t go too far into the realm of futuristic.

Transformation plays a big part in the show, including with the set design. For example, the set of the department’s last show, “Bacchae 2.1,” was used in “Making Trouble.”

The transformation of the sets, says Lighting Designer Robert Thorpe, was in part due to the budgets for the two productions.

“We had to put both shows budgets and put them together,” Thorpe said. “When we got to ‘Bacchae,’ there was more interesting things that these guys found to leave it alone. We have closets for costumes and props, but we don’t have scenery storage. So, we had a choice: build something massive that we could use and re-utilize, or build something a lot smaller for both shows and throw it in the dumpster when we are done with them.”

Both groups of dancers had a set of rules called the “toolbox.” The toolbox has rules for costumes, like using buttons, snaps, zippers, hook and an eye on the costumes, too changing the lighting to have specific lighting cues. Both groups will use these rules to make their dances unique and different.

“There are a lot of little things,” Paule Turner said. “The aim was try to do everything, but [we] know that’s impossible. Then edit and make choices. There are a lot of things that we didn’t see or didn’t have the time to get to. The crossovers have been interesting too. Where transformations have been appearing here and appearing there.”

“The repurposing shows up for me, because I took that sorta for my life.” Leslie Elkin said. “I thought about ways to repurpose performances and work I’ve done for previously… We did a piece for quick change which is the act of getting someone out of one costume to another costume, which is done in the wings of the stage or backstage. So we put the quick change on stage.”

“Making Trouble: Dance of The Future” premieres on Dec. 4 at 8 p.m. with a discussion and reception after the show is finished. The show continues on Dec. 5 and 6 at 3 p.m. and 8 p.m. each day.