Their mission is to provide a weekly confidential space for students to talk openly about their addiction to drugs and alcohol. The group serves as a support system for Rowan students struggling with addiction or working towards becoming sober.

The group was started by Rowan University alumnus Ryan Minieri, who just graduated with a bachelor’s degree in accounting in May 2015. While he was at Rowan, he struggled with balancing his academic performance with his partying. More and more often he found himself focusing on his substance use instead of studying.

“It was beginning to take a turn for the worse,” Minieri said. “I was under the influence of [a] substance pretty much daily and was having bouts of social anxiety and depression.”

“[Logan] had brought up an idea of starting a group on campus that could assist others who were struggling [with] substance abuse and issues surrounding it,” Minieri said. “This was the seed that became COUP.”

Since Minieri graduated from Rowan, Samantha Della Fave, a senior dual major in elementary education and English, took over as the president of COUP. Like Minieri, her interest in the group stemmed from personal experience.

“Addiction has been something I have always struggled with,” Fave said. “At a young age, I found it difficult to deal with emotions in a healthy manner. As I got older, alcohol and other drugs seemed to make things more bearable. I used them throughout high school as a source for fun and enjoyment, to escape daily life.”

Fave credits Logan and McLean with helping her get sober and ultimately become president of COUP.

Since becoming president, Fave has been working to spread the word about COUP by creating a Facebook page, Instagram account and placing frequent advertisements in the Rowan announcer. She also appeared on Rowan Television’s “On The Couch” for their Halloween episode. COUP works to establish a strong presence on campus since they believe these habits can be common at colleges.

“I was driving drunk, going 100 mph on a turnpike, hydroplaned and flipped eight times into a fence,” said junior health promotion and fitness management major Catherine Luick.  “My car was totaled [and] I got arrested. [I] went into outpatient rehab for two months. That’s when I took a year off from school. I came back this fall.”

When Luick came back, she realized she needed to change things, so she found Logan online and started meeting with him. He suggested she join COUP and she soon became a member.

Junior accounting major Erica Fredericksdorf also joined COUP after getting arrested for possession of marijuana and seeking help at the Wellness Center.

“I found Logan’s information, he informed me of COUP,” Fredericksdorf said. “He gave me the information, the room number and the time to be here. I’ve been here almost every week.” 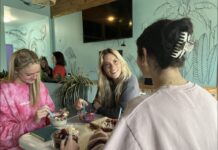 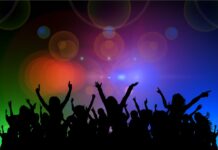 A Day To Remember: Rowan’s Hollybash