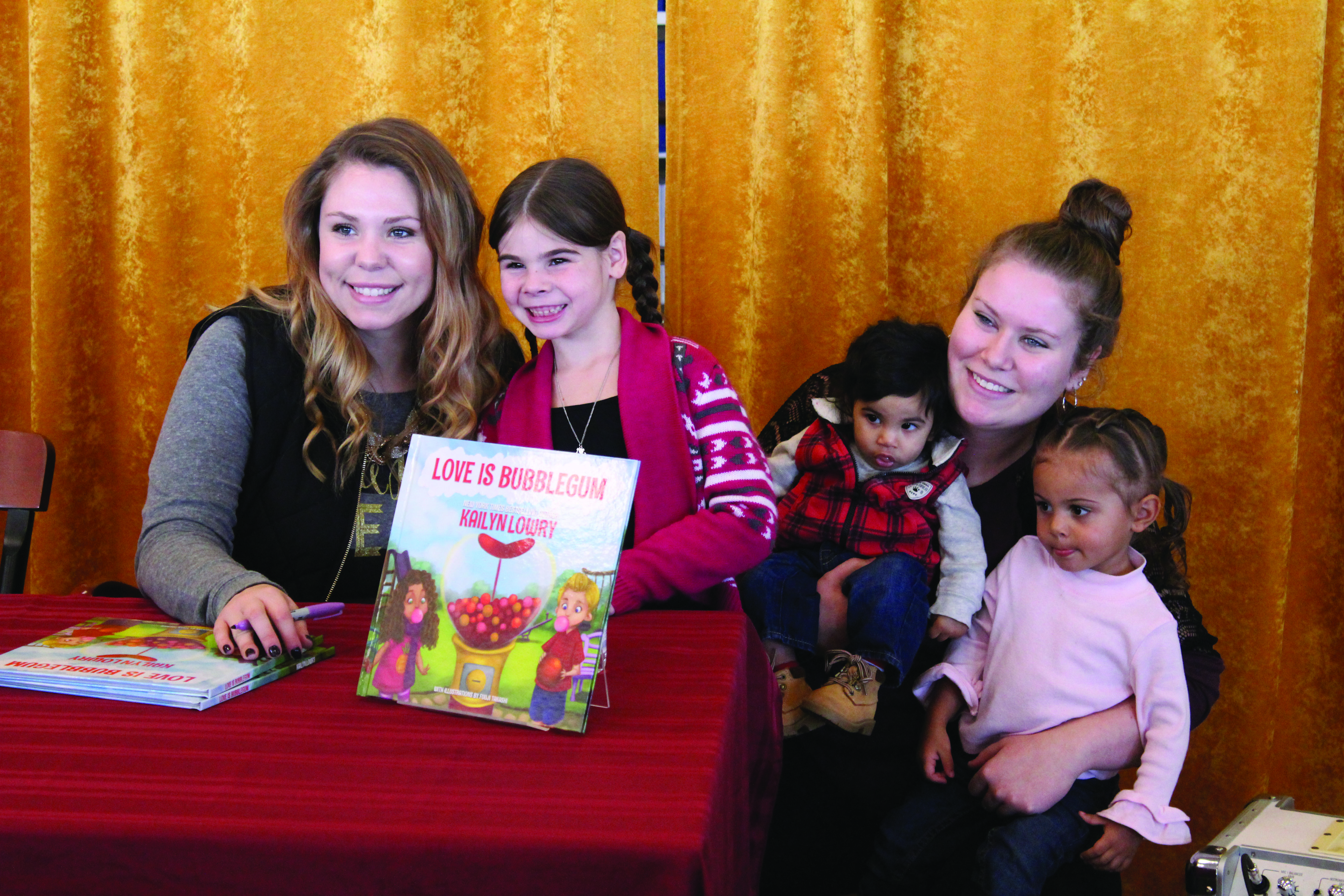 Lowry made her television debut on MTV’s 16 and Pregnant, and went on to become one of the stars of the network’s spinoff show, Teen Mom 2.

She previously wrote a memoir, titled “Pride Over Pity,” where she shares her struggle with getting pregnant at a young age and trying to make it on her own. This is Lowry’s first children’s book.

“Love is Bubblegum” was inspired by conversations Lowry had with her first son Isaac about love.

“I didn’t really know how to explain it to him, just because I had troubled relationships and I don’t have a good relationship with my mom,” Lowry said. “I wanted a cute way to show him different meanings of love. I thought: what better way than a book?”

Lowry wanted to write a book that everyone could relate to as well as learn from. She included different perspectives of love because she believes that everyone loves differently.

“I wanted to show a unique variety of perspectives on it, it’s subtle but I included a gay couple and it’s a way to prove that love is different for everybody,” she said. “But at the end of the day everyone is human and everyone loves things and that everyone is different. I hope that kids and adults can take that away from the book.”

Since her son, Isaac, was the reason behind the book, she likes to include him in the book signings when time allows it. She even lets Isaac sign books from time to time.

Her husband, Javi Marroquin, and their son, Lincoln, usually attend the book signings as well.

Aside from being a New York Time’s Best Selling Author and juggling a husband and two kids, Lowry is also a student at Delaware State University, studying mass communication.

She said she has a lot of ideas for more children’s books in the future, but right now she is currently working on a self-help/motivational book, which she hopes will be out Fall 2016.

“She’s a great role model. From where she started to where she is now is amazing,” said Williamstown resident Cassandra Jaconski at the signing.

Jaconski, who came with a friend to meet Lowry at the book signing, said she has been a fan of the show Teen Mom since it started, and that it has helped with her personal struggles, such as her own marriage.

“She’s never given up. She’s shown her struggles and shows that you can overcome them and you can have a positive outlook on everything,” Jaconksi said.

Jaconski went on to say that Lowry is an inspiration because she always perseveres. From her schooling to her marriage, Lowry has always showed people to look forward to the future.

Lowry plans on continuing with the show, finishing her degree and writing more young adult and children’s books.

– Featured Image: A young family gathers around Cailyn Lowry at her book signing this past Saturday at Barnes and Nobles. They stop to pose for a picture and an autograph with Cailyn’s book: Bubble Gum is Love. -Amanda Palma/Assistant Photo Editor

For comments/questions about this story, email news@thewhitonline.com or tweet @thewhitnews.

Rowan University Community Reacts to the Conviction of Derek Chauvin

“The Nightmare That Just Doesn’t End”: Exclusive Interview with Dave Whitman, Rowan Staff Member Whose Daughter Was Murdered by her Ex-Husband Sean Lannon