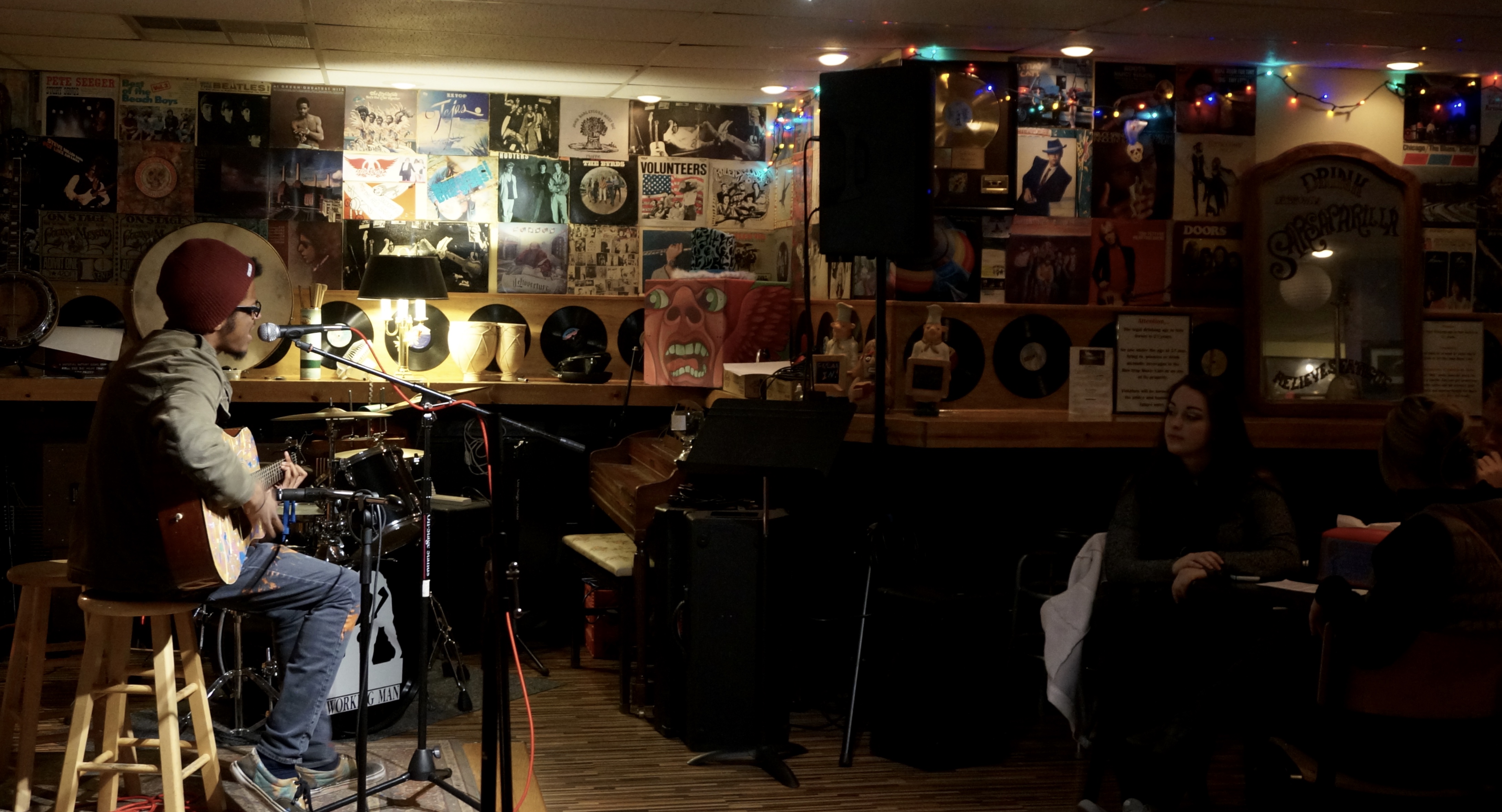 In the heart of downtown Pitman lies a local South Jersey haunt called the Bus Stop Music Café. For the past ten years, owner Vic Martinson has run the small restaurant in the hopes of fostering the music community for artists and enthusiasts of all ages.

The Bus Stop, as it is known among those who frequent it, has become well-known for its open-mic nights where young local artists sing covers of classics and even originals pieces.

However, this spring, Martinson will be passing the business along to new owners. Under the direction of Megan Meyers and Emily Barnes, The Bus Stop Music Café will become The Human Village Brewing Company.

Martinson, who was looking to retire from running The Bus Stop, said he saw potential in Human Village as a company that could carry on the spirit of the venue as a gathering place for the community. The brewery will be the second to open in Pitman, the first being Kelley Green Brewing Company, which is also opening this spring.The plan for Human Village is to carry on cultivating the local music scene while bringing in nano-breweries to a well-known dry town.

“They came along, Megan and Emily, with this brewery idea and I’m like, ‘yeah, this could work,'” Martinson said. “We all drink beers here, so what the heck.”

serve the beer and a spot for the fermentation process to done on site.

To circumnavigate the laws of a dry town, the brewery will no longer be able to serve food and or have the music directly connected to the business. However Francis “Fran” Corazo, who currently runs open-mic nights and the majority of the music events for the café, will continue to bring music shows and open-mic nights into the new venue. And food will still be enjoyed on site by becoming a “BYOF” (Bring Your Own Food) and partnering with local restaurants for dine in or dine out discounts.

“We’re hoping people will love it as is, except you can bring your own food and we can pour you a beer,” Meyers said.

The brewery will be a relaxed environment, modeled after European cafes, where visitors and regulars of all ages will be able to come together to enjoy music and enthusiasts can come and get involved in the craft. So bringing in one’s favorite foods to pair with beer is highly encouraged, with suggestions spanning from pizza and Italian food, to egg rolls.

“We have made it very clear in our setup that this is not a bar, there’s no place to even sit to sample [by the taps],” Meyers said. “So you have to come to us, but then you’re taking it back to tables. Because that’s even part of our name, Human Village, we want to foster those type of community connections and conversations.”

The brewery will be a nano-brewery, which denotes the amount of beer being produced; most similar breweries only produce one batch at a time. This creates a tight focus on crafting and finely tuning each batch to the desired quality. Human Village is projecting to be a one-barrel brewing house, typically a barrel equals about 248 16-ounce servings (one pint), with a strategy for an aggressive ramp up as the company settles into the town.

“One of the benefits about being small [is] we can pivot around and say, ‘try this or try this,’ because we don’t have 300 barrels we have to put into bottles,” Meyers said. “I can make things feel niche.”

As for the beer, Meyers and Barnes lean specifically towards continental European styles of beer. They have been brewing together for the past three years, and longer individually. Their plan for the new Pitman business is to create a beverage that is more than a glass of beer; instead, something that brings people together.

“Our intention with Human Village is that we bring beer back to what it was meant to be,” Meyers said. “It was a beverage of community and collaboration. That’s our voice.”

Sangree Greenhouse: The Nearly 100-Year-Old Rowan Building That Was Almost Torn Down