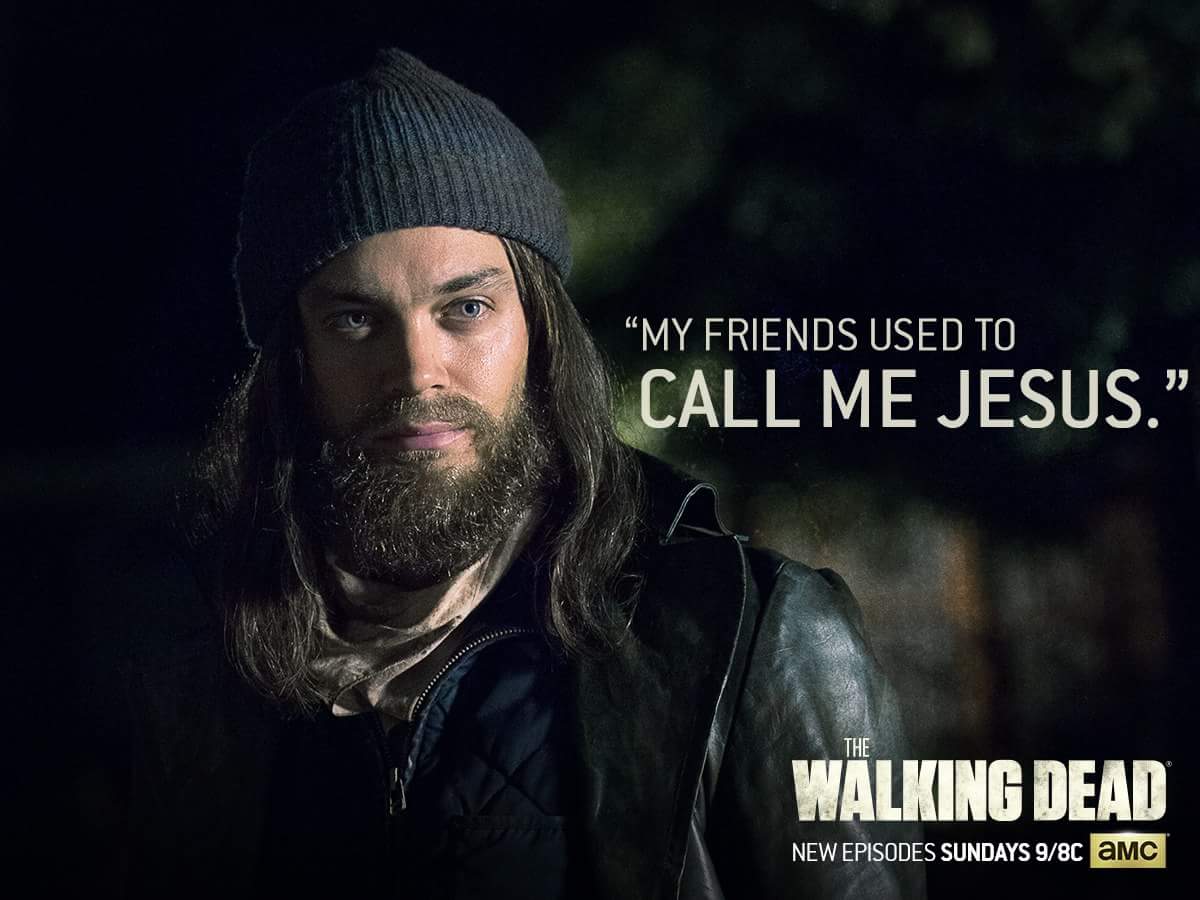 There is a calm before the storm.

In the wake of last week’s action-packed episode of “The Walking Dead,” this week we were treated to a welcoming sight inside the rebuilt walls of Alexandria. After having fought off hordes of the undead, the survivors inside have constructed more walls and built up the community Alexandria was meant to be. However, even with this sense of security and hope for the new world they now live in, there are still pressing matters for the survivors to be worried about.

While still recovering from the lives lost in the fight for Alexandria, here are the most important points from this week’s installment – “The Next World.”

Alexandria has been on the mend ever since its walls came crashing down, but this week’s installment gave us much-needed time to see how the town is reconstructing itself and moving forward as a community.

Both Rick [Andrew Lincoln] and Daryl [Norman Reedus] decided to go out on a supply run, eventually finding a truck full of food that they could ration out for the town. While not having seen any people for quite some time, both Rick and Daryl converse about “the law of averages” and how life balances its way out. Right on cue, they bump into a masked figure, who tells them of a small group of walkers heading their way – just in time to steal their keys after setting up firecrackers as a distraction.

After giving chase to the man who stole their truck, the figure reveals himself as Paul Rovia [Tom Payne].

“But my friends used to call me Jesus; your pick,” he added.

In the next handful of scenes between the three, we see Jesus flaunt his skills in escapism and combat. He impressively gets on top of the truck after Rick and Daryl retrieved it and manages to still outrun two of the most skilled survivors in the series. After chasing Jesus both on foot and with the truck in a scene that could’ve been a thousand times better with the “Benny Hill” theme, their pursuit comes to a stalemate with Jesus taking the wheel of the truck, while a walker creeps up behind Daryl.

Jesus tells Daryl to promptly duck and kills the walker, saving his life.

Daryl still doesn’t trust him and knocks him out, but in their struggle the truck was shifted out of park, causing it — and the supplies inside — to sink into a nearby river.

While ultimately losing the supplies they had sought out to retrieve, Rick decides that Jesus could be useful at base camp and opts to bring him back to Alexandria, knowing someone with skills like this will ultimately benefit the community.

People need to realize that compared to a lot of other characters they’ve introduced in the show from the comics is that Jesus isn’t an evil person. In fact, Jesus serves as recruiter for the Hilltop colony, a major player in the fight against the Saviors. However, Jesus’s introduction into the show foreshadows that major events from the comics will start taking shape in the near future.

Ghosts of the Past

Back in Alexandria, Carl [Chandler Riggs] is becoming emotionally cold to the people around him after having lost an eye to a nearly-fatal gunshot wound last week.

While venturing outside the walls with Enid [Katelyn Nacon], he acts calloused and removed to someone he comes across a familiar face on a lone walker and spared its life.

Cut to Spencer Monroe [Austin Nichols] – who had been spotted suspiciously lurking with a shovel across his back by Michonne [Danai Gurira].

As it turns out, Spencer’s only remaining family, his mother Deanna [Tovah Feldshuh], had been brought back to life as a walker and gotten outside the walls of Alexandria.

She hasn’t been seen alive since the mid-season finale when she died fighting, defending Rick and the others from their impending doom.

While Deanna did avoid the fate of the walkers killed in the most recent episode, Spencer knew that she was still out there somewhere and wanted only one thing – closure.

After Michonne went out with Spencer to say their final goodbyes to his mother and former leader of Alexandria they ended her life, putting her body to rest. At this point, the parallel between Spencer and Carl had become crystal clear.

A few seasons back, Carl had to do the same thing to his own mother after his little sister was born in the midst of a walker-infested prison.  Regardless of how emotionally numb Carl has become after his injuries, I can understand how these ghosts can haunt him and the others in this desolate world.

After having brought Jesus home to Alexandria, life begins to fall back into place.

“It’s good to be home,” Rick says to Michonne, cozying up to her on the couch in their home.

They both go back and forth, discussing how strange their days were before Rick hands her a pack of mints in place of the toothpaste he had sought out to retrieve for her earlier on their supply run.

As the scene lingers on, they grew more friendly with each other until the two eventually ended up getting intimate.

It appears their relationship is formed out of mutual respect for one another, having been through thick and thin since the prison. Earlier in this episode, Michonne was even taking care of Carl, making sure he changed his eye bandages out like a caring mother would. Even after life had been so grim for so long, it seems that in Alexandria’s reconstruction there’s hope for the Grimes family after all.

Rick and Michonne are awoken the next morning by Jesus, who had gotten out of the restraints Daryl had left him in when they got back.

“Rick … We should talk,” he says to the newly-formed power couple as the episode draws to a close.

With the introduction of Jesus into the fray — and Rick and Michonne being the most couple on “The Walking Dead” — things will certainly prove to be dynamic in the next few episodes. With the threat of the villainous Saviors still to look forward to, there’s no telling what the future may hold.