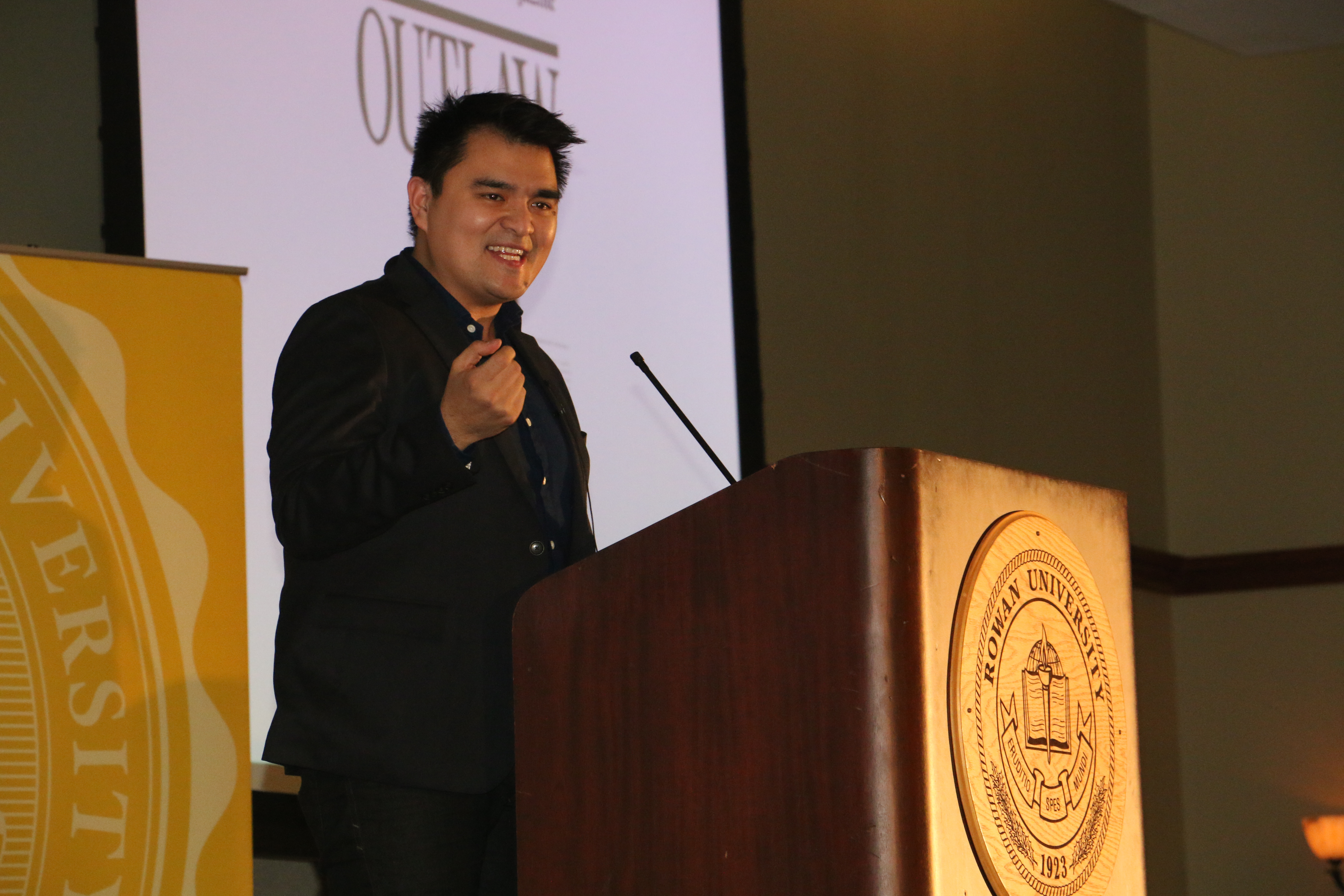 The award-winning journalist, filmmaker and immigration rights activist shared his experience as an undocumented immigrant in the United States to approximately 200 attendees at the Feb. 3 event, held at the Student Center Ballroom. His goal was to explain his fight for immigrant rights and encourage people of all backgrounds to talk about race in a more constructive way — including redefining what it means to be an American citizen.

The speech was followed by a screening of his biographical documentary, “Documented,” which shows Vargas’ journey to obtain citizenship to motivate non-minority people to join the conversation surrounding race and justice in America.

“I am more than my immigration status,” Vargas said. “In this world, we are all a majority. We are all human beings.”

Vargas was smuggled into the United States from the Philippines by his grandparents at age 12, and did not discover he was in the country illegally until he was 16. This discovery inspired him to become a journalist in the hopes of eventually giving other immigrants a voice.

“I was saved by journalism,” Vargas said. “I needed a way of existing, a way of proving I was here.”

Vargas has worked for publications including The Huffington Post, The Philadelphia Daily News and The Washington Post, where his work on a team that produced a story about the Virginia Tech shootings, won him a Pulitzer Prize at age 27.

Vargas exposed himself as an undocumented immigrant in a 2011 article he wrote for The New York Times Magazine, and has since remained an advocate for immigration rights.

“Sometimes you have to risk your life in order to free yourself,” Vargas said of his decision to write the article.

Since its publication, he has founded two organizations. One shares the name of his presentation, Define American — which is a non-profit media and culture organization that focuses on immigration and citizenship in the United States. The other, #EmergingUS, is a digital magazine produced through The New York Times, that focuses on race and immigration in the multicultural society of the present day the United States.

Vargas’ message was delivered to an audience that responded with fist pumps and applause, and his speech culminated with a standing ovation.

In a question-and-answer session following the speech, young adults that identified themselves as being from various cultural backgrounds, asked questions about manipulation of the overall racial profile of the United States, and how to talk about race and immigration with conservative family members.

“There were some astonishing facts in his presentation I was not aware of,” Willett said, referencing that there are over 11 million undocumented people living in the United States. “I think— like a lot of people— I want to be a better human being, and attending this is part of my continuing education about how other people live.”

“I’m trying to look at different angles to decide what I think about things,” Andrews said. “This was a good place to start.”

Featured Image: Jose Antonio Vargas declares that he is not an illegal alien, but an undocumented American. Vargas presented his “Define American” presentation on Feb. 3. -Photo Editor/Justin Fata.