With Rowan University in a state of active expansion on all its campuses, the Rowan Student Trustees are working to ensure that all its facilities are growing in tandem with the students’ needs. The trustees are currently in the beginning stages of evaluating student use at the Chamberlain Student Center.

Recently, voting Student Trustee and senior biochemistry major, Kunal Patel, sent out a survey to all Rowan students via Rowan Announcer, receiving 650 student responses. Patel said that the survey’s intent is “to know what students want at their school.”

The Student Trustees are part of Rowan’s Board of Trustees. According to New Jersey state law, two student representatives are required to sit on the board, as the governing body makes decision impacting student life, including: majors, programs, tuition, construction, etc.

The common consensus among students is that more seating is needed to accommodate the traffic flow through the very popular — but not very large — student center pit. There were also requests for more meeting rooms, another large event room and a 24-hour study room. As of now, the survey is still live and the trustees are waiting for more responses.

“It would be very beneficial to the students to have a meeting space or even a 24/hour study space like Mimosa Lab,” said sophomore psychology major Annalise Burke. “If we’re lucky, maybe even a color printer.”

However, due to the construction of Holly Pointe Commons, Rowan Boulevard and new engineering and business buildings, an expansion to the student center is not top priority. The request for recommendations is new, only brought up during a committee meeting in early January.

Unfortunately for current students, this project isn’t looking to be completed for another 3-5 years. As the board and student trustees are still in the very early stages of planning, it is hard to say what will be done. Patel said the committee is just starting to look into budgeting for this project, only pulling from fees already applied to student tuition, which have been used for the student center and the Rowan REC Center. 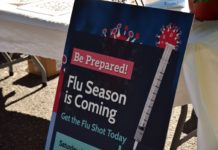