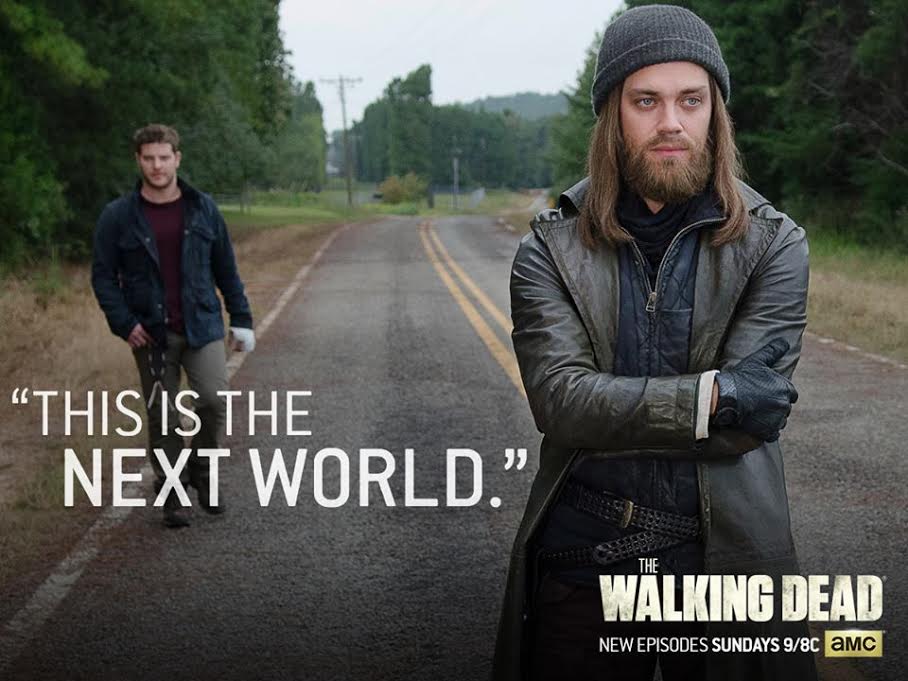 There are dark days on the horizon.

In this week’s episode of “The Walking Dead,” the group of survivors from Alexandria and Hilltop launched a daring rescue mission for one of their own with hopes of eliminating the villainous Saviors before they could strike first.

With their plans set in motion, here are the most important points from this week’s episode, “Not Tomorrow Yet.”

After coming to Hilltop’s aid after an assassination attempt on their leader, Rick [Andrew Lincoln] and the others hold a meeting in Alexandria’s church, asking for approval for an all-out attack on the group. Morgan [Lennie James] objects to an all-out war against the Saviors, sticking true in his pacifist ways – at least towards the living.

It was interesting to see Rick calling for a preemptive strike on a group he had has little to no knowledge about, it’s even more concerning given the parallel in attitudes between him and the villainous Governor [David Morrissey] from seasons past. It seems that although the circumstances may have changed, Rick is taking no precautions when it comes to the Saviors.

After having said their goodbyes to those in Alexandria, Rick and his group of survivors set a course for one of the Saviors’ outposts, with a unique plan in mind for getting in.

After breaking into the Saviors’ compound, an alarm is eventually triggered in a struggle between Abraham [Michael Cudlitz] and one of Negan’s men, causing a firefight to break out between the Alexandrians and Saviors.

This gunfight lasts for several scenes, showing the most carnage between the living that we’ve seen on “The Walking Dead” to date.

However, while the compound was being breached, there were a few disturbing things to note about this new group of survivors:

One, there’s no shortage of deranged individuals – especially as one of them played with the severed head prior to the ambush to intimidate one of Rick’s group.

Two, they don’t just fight off walkers, they kill people – mercilessly at that. As noted by a few pictures of (what appears to be) people with their skulls bashed in, things are going to get very dark in the coming episodes.

As the bloodbath comes to a close, we see a changed group emerge from the Saviors’ outpost. Both Glenn and Heath have made their first human kills of the series; even Gabriel [Seth Gilliam], the former priest known for his passive demeanor, dispatched his foe akin to Samuel L. Jackson in “Pulp Fiction,” making his first human kill. Who’s to say that Rick and the others are any better than the Governor? Or Negan for that manner?

However, as Carol [Melissa McBride] and Glenn’s wife Maggie [Lauren Cohan] are captured by more of Negan’s crew, it appears that Rick severely underestimated the Saviors.

What grim circumstances will befall our survivors next week?

If the events that surround this storyline in the comics are any indication for what’s to come, there’s very few ways their tale with Negan will end. If “The Walking Dead” goes in the direction fans of the comics fear it’s going, only time will tell how much longer most of Rick’s group will survive.

– Featured image:  Rick and the group stage an assault of one of the Saviors’ compounds. However, their plans go awry when two of their own are captured in the process.  -Photo Courtesy of “The Walking Dead”‘s Facebook page.