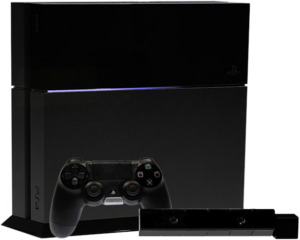 Console gaming has always been a simple affair: buy a console, connect it to the internet and download software updates. Currently, consoles do not have any kind of hardware upgrades but it seems that with this generation of consoles, consumers will have to upgrade to get the best that is out there.

Rumors have been going around that the Xbox One and the PlayStation 4 will have some sort of major overhaul to their internal systems. According to Giantbomb.com, sources inside Sony are saying that Sony will be releasing a PS4.5.

Codename NEO, the new system will have an improved Graphics processing unit (GPU), faster Central processing unit (CPU) and a better memory that will increase and make the frame rate more stable in games. The NEO will support 4K output so people with a 4K television screen can play games in that resolution.

Both the NEO and the base PS4 will co-exist; games will work on both systems. But the NEO system will have options to allow 4K resolutions and possibly have other options that base PS4 games won’t have. Both systems will connect to your original PlayStation Network account, but older games will have to be patched by developers to use these upgrades.

Xbox head Phil Spencer, during the Microsoft’s Build 2016 Developer Conference in a roundtable about the future of Xbox and Windows gaming, said that the Xbox One will not be re-released with upgrades. He feels if Microsoft is to release the console, they “want to move forward in big numbers.”

However, Microsoft will be releasing hardware that will upgrade the Xbox One. According to theverge.com, Microsoft has already been testing a few varieties of prototypes that are comparable to upgrading your PC.

Microsoft has been sending prototypes of new hardware to developers to test out the new upgrades. These prototypes are all different, so it seems like Microsoft are just experimenting at the least.

A member of the online gaming forum NeoGAF, Ekim, has found Federal Communications Commission (FCC) filings that show that Microsoft is testing a new wireless chip. While there is a non-disclosure agreement with Microsoft and the FCC. Anatel, the Brazilian counterpart of the FCC, hasn’t followed it. Pictures have been leaked online that supposedly show off the new wireless chip.

What does this mean for console gamers? Well, it’s up in the air right now. Microsoft has come out and said what they are doing, while Sony has been tight-lipped about the NEO. For a person that is into owning both systems, having to rebuy the PS4 might be a bit too much. At the rumored price of $399, buying a PS4 for just 4K resolution and upgraded hardware just doesn’t seem worth it. While Microsoft’s plans on selling individual parts just like a PC gaming rig might be right for people wallets, will the user base take ahold of this new upgrade system?

– Featured image: Rumors have been going around that the PS4 and the Xbox One will be getting some kind of upgrades. If Giantbomb.com sources are right, the PS4 will be some major upgrades this year, with a new system called NEO.  -Photo Courtesy of Wikipedia