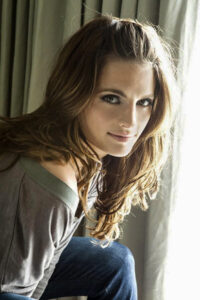 Welcome to the first and last edition of “Crime Times” this semester. For those of you who don’t know what this column’s about, “Crime Times” is everything you need to know in regards to television crime dramas. We’ve covered everything from cult-classics like “Warehouse 13” to mainstream series such as “Law & Order.”

“Crime Times” took a break last semester, and wasn’t actually going to come back. However, some disturbing news regarding the ABC crime drama “Castle” brought this column back from the dead for a very important message.

TV Guide reported a few days ago that Stana Katic — who plays leading lady NYPD Captain Katherine “Kate” Beckett — will not be returning to “Castle.” Even more shocking is that Tamala Jones — who plays the regular 12th Precinct medical examiner, Lanie Parish — will also not be returning.

To make matters worse, it was revealed by Deadline that ABC — the network where “Castle” airs every Monday night — didn’t even approach Katic for a renewal.

While writers did say they had a back-up plan for if the show was cancelled, it’s doubtful that they have one for if their main female lead is suddenly dropped by the network with not a lot of justification other than “budgetary reasons.” This leaves the show with only a couple of important female characters and, more importantly, one major plotline lost.

Back when the show first started airing in 2009, people tuned in for “Firefly” alumn Nathan Fillion. As the series progressed, though, what defined “Castle” was its “will-they-won’t-they” dynamic between Nathan Fillion’s Richard “Rick” Castle and Beckett. It was a well-crafted love story with a bit of murder thrown in here and there. It was paced out fairly well and the payoff was fantastic. We not only got to see the fan-dubbed “Caskett” pairing grow as characters, but also as a couple learning to love each other for everything they are.

Moving from season one, the majority of the rest of the seasons rested solely on Beckett’s mother’s murder. Her murder was the point in her life that gave her the drive to be who she is today and, by extension, how Castle is where he is now. Johanna Beckett’s murder is the reason why we had at least four seasons of content: we see Castle unsuccessfully try to push Beckett out of the way of a sniper in “Knockout,” Johanna’s murderer being killed in “Sucker Punch,” and, of course, the highly-public arrest of the mastermind behind Johanna’s murder was one of the most satisfying moments in the show’s run.

All of this – up until at least the sixth season, when the episode “Veritas” aired — is because of Beckett. Kate was not only the leading lady, but she was the person who drove the storyline and made the plot an actual plot. If it wasn’t for her, Nikki Heat wouldn’t have existed, which would have resulted in Castle going elsewhere to find his muse. Despite the show’s title, Castle was more of a supporting character for Beckett and what she was going through; the main story had nothing to do with the writer, but everything to do with the muse.

That’s not to say, though, that Castle didn’t have his own moments. Still, even those had to do with Beckett: he went so far as to erase his memories of it because he knew that if he pursued what he knew further, he would be endangering Beckett. The entire reason they get together is not because he chose Beckett, but rather Beckett chose him, as seen in the episode “Always.”

Long story short: you can’t have “Castle” without Beckett. She’s the reason the show happened in the first place. Castle himself realizes that, as evident in a line he says in the season eight episode, “And Justice For All”: “What am I supposed to write about without my muse, Beckett? I need you. I… I’m Sherlock without Watson.”

What is he without his muse? Nothing. And that’s exactly what season nine will amount to without Beckett.

– Featured image: Stana Katic plays NYPD Captain Kate Beckett on the ABC crime drama “Castle.” In a shocking turn of events, ABC decided to not offer Katic a contract for the show’s next season. -Photo Courtesy of Wikipedia