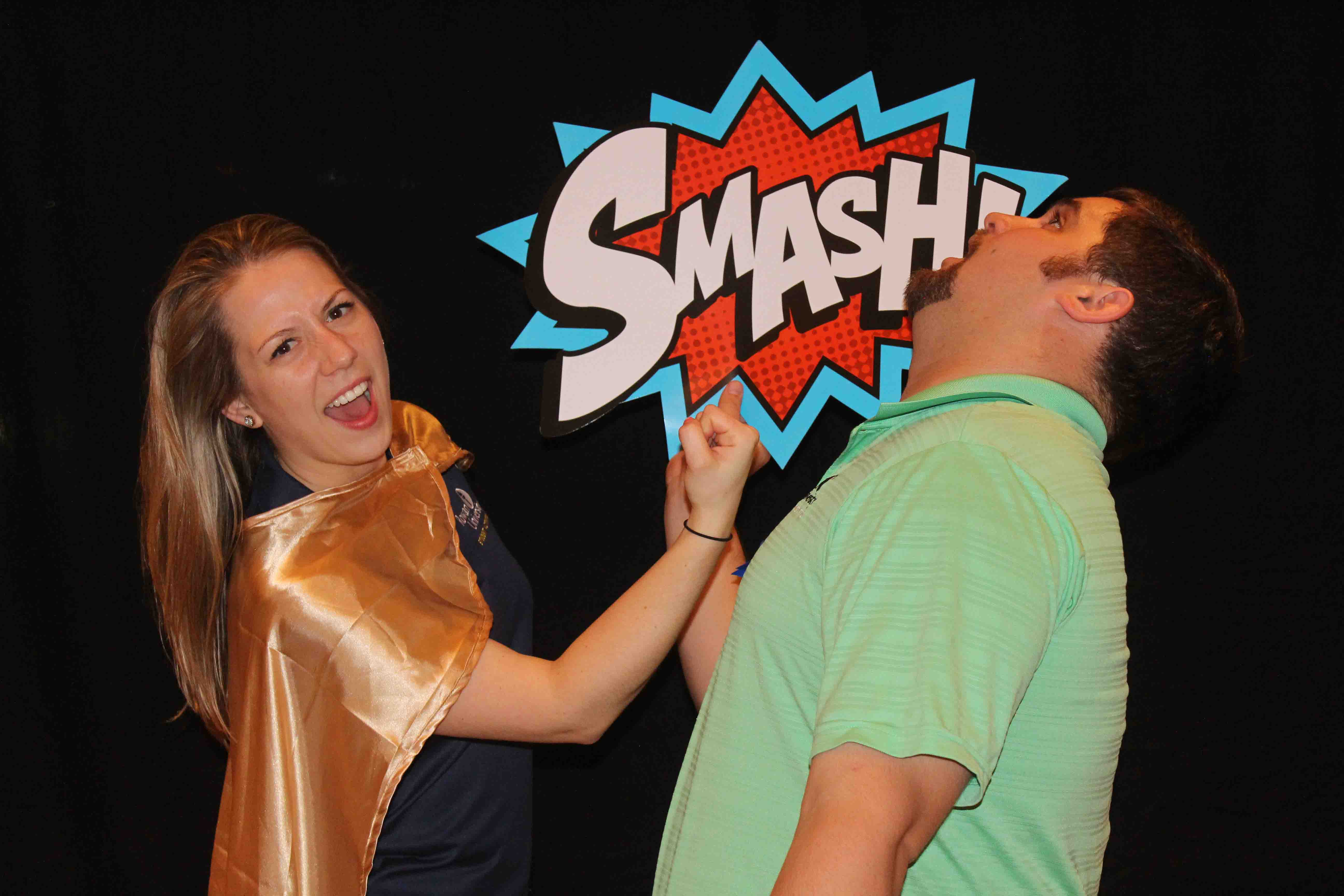 Bingo night in the Enyon Ballroom in the Student Center brought all sorts of heroes and villains out for a variety of prizes last Friday night, April 1.

This superhero-themed bingo night was headed by the Office of Student Activities (OSA) and Rowan After Hours (RAH). The event was also co-sponsored by Unified Sports and had over 100 people in attendance, according to James Thatcher, one of the graduate coordinators of OSA.

“I enjoy seeing people get excited for the night. When people dress up to fit the theme, which about half did this night, it’s nice to see that they are excited to come out and invest in having a good time,” Thatcher said. “Bingo is always fun because there is a culture surrounding it, whether it is cheering for each other, or heckling the bingo caller, it’s all about having a good time.”

Students who came dressed with some sort of superhero attire received an additional bingo board, increasing their chances of winning. Throughout the night various prizes were given out to the winners. This included different hero-themed prize packs, as well as movie bundles including a Blu-ray copy of Marvel Studios’ “Avengers: Age of Ultron.”

Some of the hero-themed prize packs included an Iron Man bundle as well as a Captain America pack, complete with a miniature version of his shield. This was to correlate with Marvel Studios’ upcoming film “Captain America: Civil War.”

“I was super excited for bingo, especially superhero themed since I’m a big fan of The Flash,” said freshman biomedical engineering major Hanna Dietrich. “My favorite part about going to bingo is responding to certain calls with special phrases, like ‘B4 and after.’”

As the night went on, people were still filing in with hopes of walking away with lots of prizes.

“The funny thing about the superhero bingo was that I went in the middle of it, right after performing in the cabaret,” said freshman biomedical engineer Andreas Pontes, describing his swift climb to victory. “As I was walking into the ballroom they started announcing numbers for a new round. That was the round I ended up winning!”

Andreas walked away that night with a “Batman v Superman: Dawn of Justice” themed prize pack, complete with a Superman kickball, stickers, a Batman blanket and plush toy.

Sophomore business major Joel Montano still walked away having had a blast that night, even though he didn’t win anything.

“To see everyone enjoying themselves as many people wore their superhero attire made it more of a fun night,” he said. “Bingo at Rowan is a must-go event whenever it calls. [I] just have to make sure to wear my lucky socks next time.”

– Featured image: Megan McHugh and Jim Thatcher get ready for Superhero Bingo on Friday, April 1. Students that dressed in superhero clothing were given an extra bingo board to win hero themed prized packs. – Photo Editor/Justin Fata