Three Driving While Intoxicated (DWI) arrests occurred on Rowan University’s campus on March 25, according to the Department of Public Safety’s (DPS) crime log. Classes were not in session due to the Good Friday holiday.

Typically, about five DWIs occur per month, according to Senior Director of Public Safety Reed Layton.

“This includes everybody in the community and people coming through the area, not just Rowan students,” Layton said.

The DPS participates with a grant that allows them to have an officer on patrol assigned to target DWIs. On weekends, there are extra patrols for DWIs since there are no classes and many people go out to parties. While all officers observe driver behavior for anything suspicious, there is one mobile unit assigned specifically to patrol people driving under the influence of alcohol during this time period.

Seventeen cases of theft occurred on campus in the month of March. Layton attributes the increased number of thefts to the spring break holiday, when many students leave campus.

Textbooks were the only identifiable trend in theft.

“People will leave campus and forget to lock their belongings and the perpetrators will go in and steal textbooks to resell them for cash,” Layton said.

Other items commonly stolen include purses and laptops. According to Layton, the number of bike thefts on campus has decreased significantly over the past several months.

Layton said the previous trend of bike theft was unbelievable, and several people had been arrested. The perpetrators were juveniles and are not permitted to be identified, but Layton believes that the arrests will deter future bike theft.

“The best way to take the initiative against theft is to pay attention to your surroundings, watch out for others … and report any suspicious activity you see on campus,” Layton said. “If everybody is proactive, it can make a difference.” 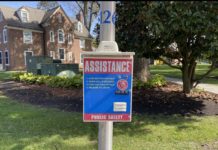 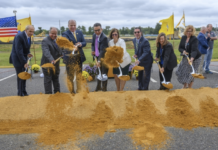