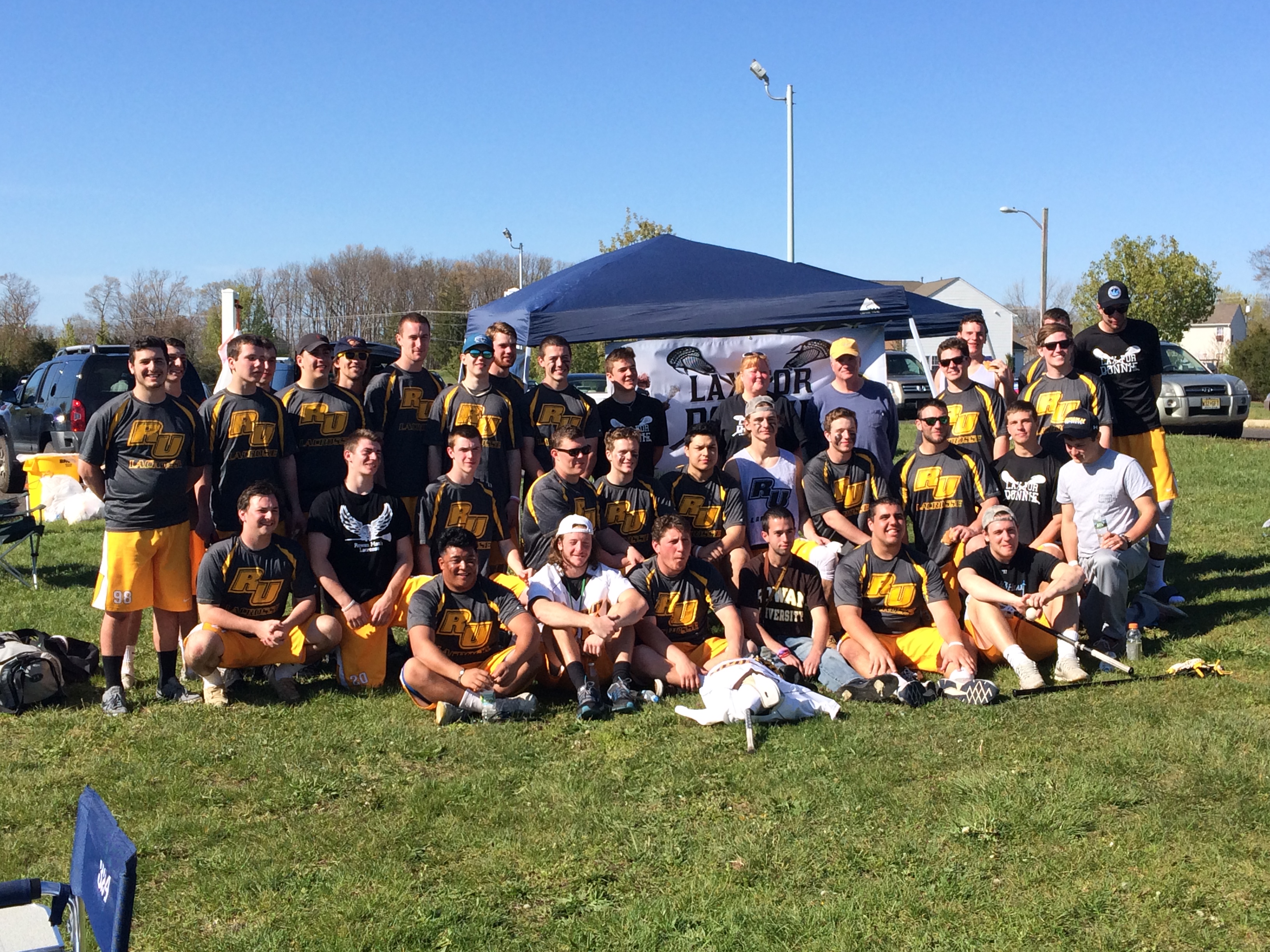 No one on the current team knew him. Few were aware he was a founder of their club. He had played well before they got to Rowan.

But it meant just as much to the 2016 Rowan men’s club lacrosse team to honor Donald “Donnie” Farrell. Rowan hosted the 2nd Annual LAX for Donnie Memorial Tournament on Sunday, April 17, at Johnson Road Park in Sicklerville in remembrance of the club co-founder.

Almost nine years ago during homecoming week, Farrell was attacked and killed on Old Heston Road. His assailants were never caught.

“Yeah, we didn’t know him, but he helped create this team, so part of him is still living on through us at least,” club president and tournament director Rob Zybrick, a senior, said. “This year we’re just keeping his name out there.”

“It was actually really awesome to meet some of the guys that knew Donnie. Two of the guys came down here. They were just saying how much it meant to them so obviously we’re doing something right.”

Last year, the team held a ceremony to recognize Donnie’s parents, as well the two former teammates. The Farrells were given a framed jersey of their son’s. During the inaugural tournament, the club also put into the works a scholarship and a memorial plaque, which will be installed on campus next year.

Zybrick said the scholarship will first go into effect for Fall 2016 after being cleared by the university. It awards $500 to a sports club officer, chosen by the REC Center, who holds at least a 2.5 GPA and can speak on their leadership role.

Through a GoFundMe and t-shirt sales in 2015, the club raised $4,800, enough to cover multiple years of the scholarship.

“We didn’t expect it but we got a crazy amount of support. BroBible and Barstool, two big college blogs, posted about our GoFundMe and all these people from all over started donating,” fellow tournament director Brian Mahoney said. “People that lived in California wound up donating and they knew Donnie somehow.”

Each team in the tournament pays a little over $500, according to Mahoney. The money first goes to covering fees — for officials, and this year for facilities needed with the event being moved because of construction on the intramural field — with the remainder going to the scholarship.

Rowan welcomed in six teams for 2016: Drexel, Philadelphia University, The College of New Jersey, Fairleigh Dickinson, Rider and Monmouth, all of which were back from the first running of the tournament. Cabrini College planned to join, but had to drop out; Atlantic Cape Community College was unable to return for the second year.

The work did not fall solely on the club to reach out to the other programs to garner participation. Many inquired about the tournament earlier in the year around February, according to the team.

“Getting them to come back was probably the easiest part of this whole tournament,” Zybrick said.

Rowan once again came up short of keeping the tournament trophy in Glassboro. It was another loss to Dickinson that did them in, but this time in the championship. Still, the club put together a 3-0 day. More importantly, however, they kept Donnie’s name prevalent in the area.

The effort was made by everyone. Calls of “1, 2, 3, Lax for Donnie!” echoed from each of the team huddles throughout the afternoon.

With the awareness the tournament has brought in the first two years alone, the club is excited for the future.

“It’s going to be a yearly thing for us just because it means a lot to our team, and a lot to Rowan, and a lot to his family,” Zybrick said.

“I think that’s the most important thing to us is how much it means to his family.”

For more information on the Donnie Farrell story, go to thedonnieproject.com