The NFL season is a young five weeks old and there are several teams surprising football fans. The Minnesota Vikings are 5-0 and have arguably the best defense in the league with the least known names. The Broncos are 4-1 with Trevor Siemian, a quarterback who had never thrown a pass in an NFL game prior to this season.

While there are some surprising starts, the Eagles included, there are teams that have been off to a terrible start. Some expected, others not so much.

The Miami Dolphins sit at 1-4 through five weeks. Looking at this team on paper, there are big name players that have potential. However, they are not winning and they have been this way for years now. Quarterback Ryan Tannehill has had a tough career in Miami thus far. He has an 85.1 career passer rating and his quarterback rating (QBR) this season is at a 37.1, which is the worst of his career.

Thus far, Tannehill only has six touchdowns but seven interceptions and four lost fumbles. With the talent they have at wide receiver and running back, it is hard for Tannehill not to be successful.

The defense is just as bad. The departure of defensive end Olivier Vernon did not help, even though they brought in an older Mario Williams. Three quarters of their defensive line, Ndamukong Suh, Williams and Cameron Wake, are all-stars on paper, but they are not producing.  How they give up 30 points to the Titans with their defensive front seven is beyond me.

The Chicago Bears are also 1-4, but they are in a lot of injury trouble. However, evaluating them without injuries, they are still one of the worst teams in the league.  They are another team that has had a quarterback for so long and continue to do poorly. I am talking about Jay Cutler, who has his worst QBR at the start of a season at 30.8.

He has only played two games this season with only one touchdown, two interceptions and two lost fumbles; numbers that, in my opinion, would continue to get worse if he was playing.

Matt Forte was the offense for years and he departed for the New York Jets in free agency. Now, veteran head coach John Fox is sitting in a high gust of poor play from the windy city football team. There is hardly any talent on the offense aside from Alshon Jeffery, while Jeremy Langford and Jordan Howard previously showed potential.

Brian Hoyer is taking advantage of his opportunity put in front of him. He has completed 71 percent of his passes for over 1,000 yards in four games played (three starts). He has a passer rating of 108.5 in those games. I am happy for him, and he is the only hope for Chicago to climb out of this hole.

The concern is that the Bears still play Minnesota and Green Bay twice, which are four games that they will not win. To be completely honest, I know nobody on this defense except for Leonard Floyd, who the Bears took in the first round of the 2016 draft.

One player on offense and one player on defense will not make a successful football team. They can lead the team, but they will not produce wins on their own.

While those two teams receive honorable mention, the worst team in the league is the only team without a win this season, the Cleveland Browns. This team will be a bottom-three team for at least the next five years.

Their best player is cornerback Joe Haden. After Haden it is Terrelle Pryor, who converted from quarterback to wide receiver this past off-season.

This team did nothing in the off-season, absolutely nothing. They were invisible in free agency and they decided to use about a third of their picks on receivers, which got them nowhere. With a new head coach in Hue Jackson, I figured they would hope for a new start and an improved team.

The Browns have also used five quarterbacks, one of them being Pryor. There is no hope for this football team, especially when they are giving up an average of 30 points a game. They played two very good teams in Philadelphia and New England, but also played Baltimore, Washington, and a team on this list in the Miami Dolphins.

Why the team cannot get the hint to go in another direction is beyond me. The Cleveland Indians are close to a trip to the American league Championship Series and the Cleveland Cavaliers are the reigning NBA Champions. This Cleveland team will not be playoff bound in the near future, maybe not the next decade. I know the distractions of Johnny Manziel and Josh Gordon did not help. However, this team has no hope for the future with the other three teams in the AFC North playing as well as they have in recent history. 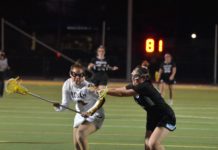 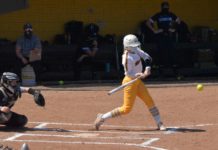