Rowan University has a long history that dates back to 1923, when Glassboro Normal School was founded. Over the years, notable individuals have contributed to the school in countless ways, from donations to excellence in teaching. One way to learn about these people is looking to the names on our campus buildings. This week, Whit reporter Danielle LaSassa tells us the history of the Chamberlain Student Center and Winans Hall.

The Chamberlain Student Center, from what we’ve always known it to be, has changed over the years as Rowan has grown.

It was named after Rowan’s fourth president, Dr. Mark Chamberlain, who was also a chemistry professor. In 1969, Chamberlain took over the role of the presidency and planned for its growth as well as safety precautions that occurred at the college.

In “More Than Cold Stone: A History of Glassboro State College, 1923-1973,” former dean Robert D. Bole portrays Chamberlain as dedicated to his students.

According to Rowan Today, Chamberlain left the presidency in 1984 and returned to teaching, “serving as a distinguished professor in the Department of Chemistry and Physics until his retirement in 2000.”

Further construction was done inside of the Student Center, with the café being built in 2005, according to Rowan’s 2005 yearbook. The Chamberlain Student Center has been the center of student life for decades and continues to evolve as Rowan continues to expand.

Winans Hall, presently the home of the Wellness Center, has served a variety of purposes.

Winans Hall was originally a dining hall. In 1961, it was named after Seymour G. Winans, Glassboro State College’s first Dean of Instruction and a “charter faculty member,” according to Bole. It served as a dining hall under the presidency of Thomas E. Robinson, and it was a very successful place where students gathered. For a stint, it even served as the school’s bookstore.

In 2013, according to Rowan Today, Winans Hall underwent a renovation to be transformed into the Wellness Center to “unite medical and mental health services under one roof,” and to add spaces for health classes. Before then, students had to go to different buildings for their health needs. Linden Hall housed the Student Health Services, and Savitz Hall was where students went for Counseling and Psychological services.

Check back next week for the history on more buildings on Rowan’s campus. 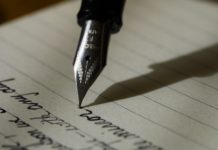 Student Diary: How to Overcome Fears of the Future and Life Beyond College