Another week, another first place finish in a team-scoring meet for the Rowan men’s track team.

“We were happy with it,” head coach Dustin Dimit said. “That was exciting. We beat a bunch of good Division I teams done there.”

The Profs won the meet with 133 points. The next closest team, Morgan State, only had 103.

They were led by top place performances in field events like the pole vault, shot put, javelin, high jump and discus.

But the success was not only limited to those events. The brown and gold also took first in the decathlon, 110 meter hurdles, 1500 meters, 400 meter hurdles.

Despite all of the success, Dimit did not think that his team had won the meet.

“We weren’t really paying attention to the score during it,” Dimit said. “Later that night someone texted me that we won. I thought, ‘Oh, great,’ because I thought Morgan State had won.”

The Profs are currently ranked No. 1 in the country.

“We’re excited about that,” Dimit said. “It shows the hard work that all the coaches and athletes put in. It’s their accomplishment. I’m not competing. It’s a testament to all their work. We try to set the tone in the beginning of the year.”

While the men’s team was having great success, the women’s track and field team was struggling. However, it was not due to lack of effort.

“It was horrible,” head coach Derick “Ringo” Adamson said. “We ran okay, but it just poured down rain all day long and was miserable. As a coach you don’t want to show any signs that it’s bothering you because it’s bothering the athletes already.”

The women’s team finished 12th out of 23 teams at the Morgan State Invitational.

Despite the less-than-stellar finish, the meet was not entirely useless.

“You don’t get too many tries or chances at a heptathlon,” Adamson said. “We got that done, we got some other races, but we need another meet.”

Adamson continued to say how next year, the brown and gold might try to put together a meet in Glassboro for a few teams to run in select events in order to get national qualifiers.

The next chance that the Profs will have to get qualifiers will be this weekend at the Penn Relays and the Lions’ Invitational.

Dimit echoed Adamson’s feelings, saying that the meet is important since it impacts placement in the upcoming New Jersey Athletic Conference championships.

Those races will be held at Rowan in two weeks.

“We always compete well here,” Dimit said. “Hopefully we can get some other people safe for nationals and not have to worry about the last minute meets and things. That will allow us to change up our schedule at the end of the year too if we get things done ahead of time.” 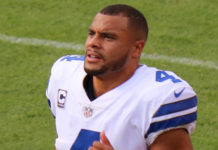 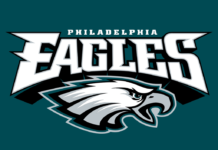 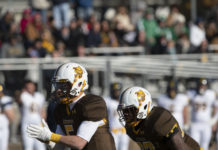