After 35 years, the Tyrell Corporation, the Voight-Kampff test, replicants and the hovering cars known as “spinners” are once again entering the cultural lexicon. “Blade Runner 2049,” a sequel to the classic 1982 sci-fi film “Blade Runner,” is taking theaters by force.

The sequel takes place 30 years after the original and focuses on LAPD Officer K, a next-generation replicant, a bio-engineered human, who is tasked with hunting down other replicants. While on the hunt, K comes across the remains of a replicant that showed signs of childbirth. With this information, K is tasked with finding and eliminating this replicant child to prevent a conflict between replicants and humans.

Fans of the original will find that “Blade Runner 2049” sticks to many themes found in the original movie. We are once again shown a future dystopian Los Angeles, whose skyline is filled with massive buildings, holographic ads, hovering cars and pollution-induced haze.

Another area that helps connect the two films is the use of footage and audio from the previous movie and the reintroduction of previous characters, such as Bryan Decker and his police partner Gaff.

Next, Ryan Gosling as K and Harrison Ford’s reprisal of his character Rick Deckard are stellar. When K is first introduced, he’s quiet and reserved. Later on, we see him start to evolve. As for Deckard, despite his old age, he shows that he’s still up for a fight.

Performances aside, “Blade Runner 2049” is a visually stunning movie, thanks in large part to its use of shadows and limited use of colors. The shadowy element helps obscure the viewer’s sight, which adds to a sense of danger and inquiry. The limited colors add to the dreary dystopian future, where plants and animals are either dead or extinct.

Not only is “Blade Runner 2049” a visual masterpiece, but its audio is also fantastic. The sounds heard throughout the movie add to a sense of foreboding and excitement. 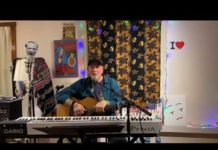 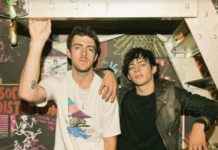 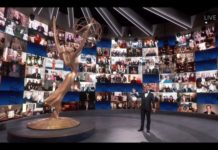