Sports can change drastically. One day, you’ll blowout a team (or get blown out yourself) and the next you’re in a double-overtime matchup fighting for first place in the division.

This is a short summary of the Rowan men’s soccer team, besides the part of them possibly getting blown out by an opponent.

The team has been on an absolute tear as of lately, winning their last 10 games by a combined score of 36-8. On the year, Rowan is outscoring opponents 64-17 and have outshot them by 245. For some more fun statistics, look at the damage they have dealt on the road. A perfect 5-0 record with three of those wins coming against NJAC opponents. Including William Paterson and Kean University, two top-five teams in the conference.

Let’s just keep going with all of this. Yes, they have eight shutouts on the year, showing complete scoring dominance. But, the Profs are also 7-2 in games that are decided by one goal. Their ability to grind out those tough wins has gotten them to where they are today, and it took one of those thrillers to help as well.

Before their 6-0 victory this past Monday against Brooklyn College, Rowan played Rutgers-Newark for sole possession of first place in the NJAC. Both teams had 18 points going in and are neck-and-neck in almost every statistical category the NJAC has to offer. One difference maker prior to the game, though, was that the Scarlet Raiders had only allowed six goals through 17 games compared to Rowan’s 17 goals allowed in 16 contests.

The two heavyweights showed their prominence, but it was the Profs who got the last laugh, along with the seat for first in the NJAC. Due to an overtime game winning goal from the foot of sophomore forward Matt Hendrickson, which sent the Scarlet Raiders home empty handed. This was Hendrickson’s second game winning goal of the season.

“Scoring a game winner is always cool, but I saw Prim [Kevin Primich] get the ball down the line and I knew where it was going,” Hendrickson said. “So, the fact that it came to me was a bit of a surreal moment, but it was cool.”

Fourth-year head coach Scott Baker felt that the win just added to the confidence the team has held throughout the season, but it was just another day at the office as well for them.

“We feel good,” Baker said. “I think the team was confident going into it, and to get that result I feel like you need to be that. It’s just business as usual.”

Hendrickson says that the team’s ability to find ways to win, whether it’s with a lopsided victory or a suspenseful overtime victory, shows the type of Rowan team that has been built this year.

“It shows that we can battle through adversity,” Hendrickson said. “There’s games where we blow teams out really early and proves that we are dominant. But then we have a tough battle and are able to fight through it and play with some grit.”

The Profs only have two games remaining on the 2017 schedule, both in-conference, Ramapo College this Saturday at 12:30 p.m. Rowan then ends their season at home against The College of New Jersey next Wednesday at 7 p.m. 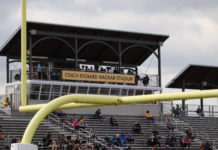 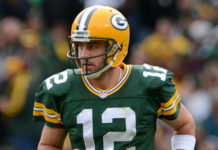 Bernardino: What Fans Hope to See in the New York Yankees 2020 Playoffs Run