On Nov. 8, 2017, it marks a year since Donald Trump was elected into office. It’s safe to say that everyone has a story about where they were when they found out that Trump had won or how they initially reacted to the news. His election was a victory to some and a devastation to others. The direction that the country was going to take under this new administration was up in the air.

During the campaign, Trump passionately vocalized what he planned to do if he were in office. But exactly how he was going to go about putting his policies into place was unclear at the time. Some people bypassed this because he represented the change that they wanted from the government.

From the moment he was elected to present day, so much has happened. Between endless rants on social media to harsh policies, this presidency has been detrimental to the lives of many Americans. Immigration policies such as putting an end to the Deferred Action for Childhood Arrivals (DACA) and the Muslim ban being both enacted and blocked have both caused great fear of deportation among immigrant and refugee families. Something that might hit a little closer to home: the Department of Education is attempting to remove campus sexual assault guidelines set in place during the presidency of Barack Obama in order to grant accused students more protection. These are just two of the many examples of how policies from this administration are doing more harm than good.

But, something that’s been bittersweet about this past year is that as much frustration as this administration has caused, there has also been an increased awareness of basic human rights that are being put in jeopardy. This includes reproductive rights, transgender rights, equal pay for equal work and the list goes on. People are now more determined than ever to fight for those rights even if they’re not directly affected by it themselves. This was evident in the Women’s March that happened earlier this year where men were marching alongside the women and holding up uplifting signs. Even on a smaller scale, people have been flooding the voicemails of politicians to give their opinion on policies that could inhibit these rights and urge them not to support these policies. In any capacity, one cannot deny that the resistance is real.

After a whirlwind year, no one knows what the future holds for the next three. But if people continue to use their voice to fight for equality in all aspects, then there’s still hope for change. 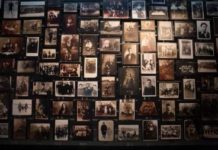