We are approaching the one year anniversary of the biggest upset in American political history: The election of Donald Trump. I recently watched a documentary on the 2016 election and was fascinated by how well Trump did all throughout the race. Whatever he was hit with, whether it be an insult or even the “locker room talk” tapes, Trump managed to keep his head above water. So how did one of the most disliked candidates in United States history win a presidential election? The answer is somewhat ironic, but it was because of the mainstream media.

From day one, Trump has always been critical of the mainstream media, and his stance against them helped him immensely in the election. He knew that people were fed up with hearing one sided stories on the news. He also knew that these same news outlets would be running stories criticizing him throughout the entirety of his campaign. So what Trump did was take that hate for the media and used it to connect with his base. He labeled news stories that criticized him as “fake news”  and while some of it was indeed fake, a lot of it was not. Labeling these negative news stories as fake news made his base look the other way instead of analyzing what they had to say. By doing this, Trump made himself untouchable.

The main stream media gave Trump a lot of attention. Some of which was positive, but a lot more was negative. At the end of the day, attention is all that Trump needed. He didn’t care if it was good or bad, he was still getting his brand out there. If there is one thing that Trump is good at, it is promoting his brand. He did every interview on television and appeared on every show possible. He subliminally slipped “Trump” into the subconscious of Americans by repeatedly showing up on their television screens.

Donald Trump took the media that was against him and used them at his will. He called them names, he publicly humiliated them at live TV events, and even took on some reporters head on. This intrigued people, and made Trump the leader in the war against the media that had been brewing for many years. Trump took the people’s frustrations against the media and used it to fuel the basis of his campaign. He ran on the rhetoric that things need to change, and taking on the media was something that had never been done before.

Love him or hate him, Donald Trump’s road to the White House was truly extraordinary and will be looked at for many years to come. A man that never held any public office became the president of the United States; and his ability to somewhat control the mainstream media played a huge roll. We have seen and heard the term “fake news” time and time again whether it be on Trump’s twitter account or at a press conference of his; but the fact of the matter is that without the “fake news,” Donald Trump would currently be in a fake board room, filming his next season of The Apprentice. 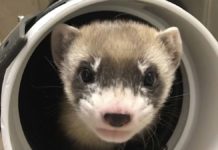