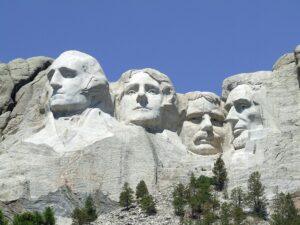 After Oprah Winfrey’s passionate speech at the Golden Globes several weeks ago, social media and news networks went crazy with the potential of Oprah Winfrey running for president in 2020. Winfrey hasn’t confirmed or denied the prospect, but her speech inspired many to at least entertain the idea.

When Donald Trump was elected president in 2016, many campaigned the idea of Trump because, despite his controversial ideas, he was an outsider – someone who wasn’t already within the political realm. “He might bring something new, have ideas politicians are just out of touch with,” some said. For some, the ideas Oprah touched on at the Golden Globes are another great example of a celebrity initiating action on hot social topics, some of which politicians haven’t fully paid attention to.

However, the idea of Oprah as president, or Kanye West or Dwayne Johnson or Arnold Schwarzenegger or even Ronald Reagan, is representative of how Americans have effectively commercialized the office of the presidency.

The idea of having these well-known figures run our country feels familiar to us. We all understand what the president does, but none of us are truly sure of what their daily life is like day to day. But part of us feels like we know Oprah. We understand aspects of Donald Trump and how he operates. We can relate to Dwayne Johnson because he feels just like us. Some Americans fell in love with Barack Obama because he was a master in using social media to reach younger generations, to display his life in such a way that he felt relatable.

Is it because we think these celebrities can make everything better? Can they solve America’s problems?

However, most traditional politicians run for office because they truly believe they can make strides in improving our country.

What is the benefit to having someone like Elizabeth Warren navigate foreign policy versus Oprah Winfrey? No matter what some might think of them, age old politicians understand what it is like to operate under pressure. Many would already argue Ronald Reagan’s celebrity presidency was a failure. Others would argue it was rather positive for our country as a whole.

The media would jump on an opportunity to highlight Oprah running for president. Many experts have said that is why Trump won – because the news media glamorized the idea.

Ultimately, we as Americans should seriously consider what we want in a president. Experience or something familiar? Glitz and glamour or a lesser-known face with decades of political experience? In a time when we are so divided and social media allows candidates to connect directly with the public, this is something we have to consider.

If Oprah runs, what would make her a good candidate over Donald Trump? Over other democrats? What makes Trump a better alternative to other traditional republicans?

And what do we think these celebrity figures could offer us for the good of the country?