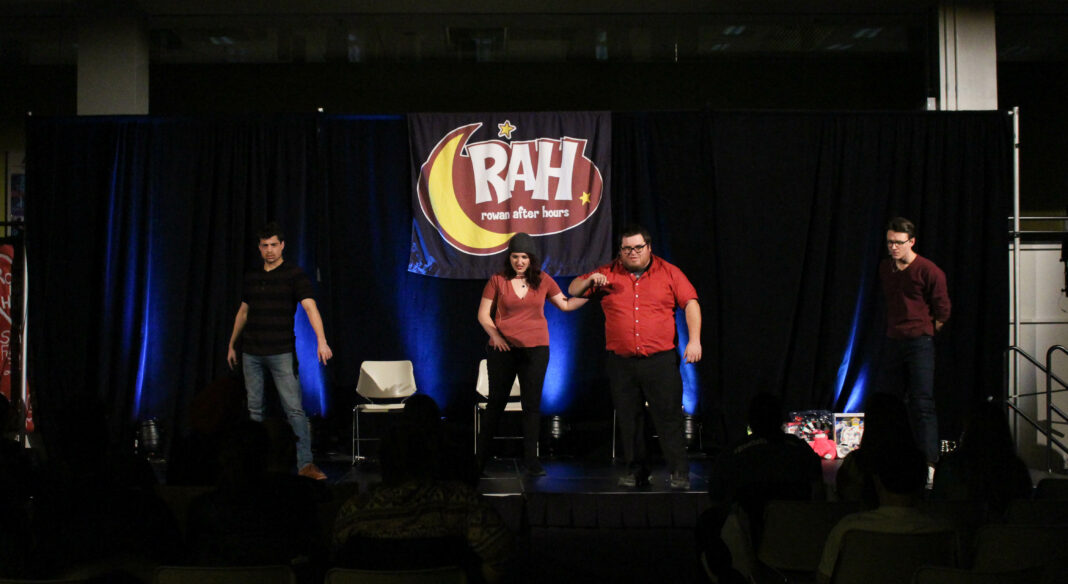 The group, based in Chicago, began as the first incarnation of Rowan’s improv club in 2009. Onstage, the four members used audience cues to act out absurdist scenarios, each performer competing against each other to take home the title of audience favorite.

“We’ve done a couple Rowan After Hours [events] throughout the years,” said performer and troupe founder Steve Grande. “I think this is our fourth or fifth one. We just love coming home.”

Grande, a 2010 radio, television and film graduate, believes that his time at Rowan University made a large impact on his trajectory as a professional comedian.

“I feel that Rowan set me off on the direction that I’m on now,” Grande said. “When you come to a university like this and you get involved in clubs and specific majors that you’re interested in, I think that the people that are in those will help guide you.”

Grande cited improv club co-founder and Rowan theatre graduate Tyler Garamella as someone who has supported him in his comedic endeavors.

During one skit, two of the performers pretended to be “living mannequins” while audience members posed them according to improvised plot points; in another, a scene set in Tokyo involved a used underwear vending machine. This was performed “normally” once, and then in various movie genres (including film noir, Disney and slasher rom-com) over subsequent iterations of the same scene. Another involved acting out a family drama while impersonating various characters, including Spongebob Squarepants, Tommy Wiseau and an aroused Nicolas Cage. Many skits used audience members as inspiration.

“It was really fun to see my material being used onstage,” said sophomore electrical and computer engineering major Red Paleski, a member of the current improv club who was selected as an audience participant for a skit. “It’s a lot of fun to express yourself in weird and random ways. I have a personality onstage that is a weirder alternate version of myself. I just feel super comfortable and super happy with myself.”

Other members of the audience who entered the performance more skeptical about improv left with a newfound appreciation for the art form.

“I expected it to be hot garbage, and it really wasn’t,” said freshman English education major Alex LePine. “It was actually good, so that’s a win. I wasn’t aware that this was going to be a professional thing.”

“If anyone is ever in New York or Chicago, we do a show called ‘Batsu,’ which is a Japanese game show where if we’re not funny, we get punished with shock collars,” Grande said.

If either of those destinations seems inaccessible, the Rowan University improv club is hosting an improv show closer to home on Feb. 17 in the Studio Theatre in Bunce Hall. 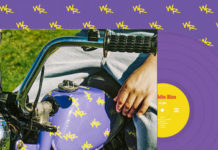 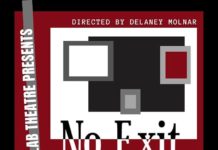 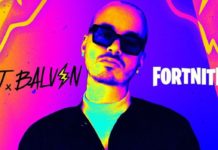