Monday evening in the Eynon Ballroom, Gourmet Dining officials unveiled a major series of changes coming to the Marketplace Food Court on campus.

Elizabeth Jordan, the resident district manager for Gourmet Dining, said that starting during spring break and running until next fall semester, the Rowan Marketplace will be undergoing renovations designed to better utilize the space. The last full day of operation for the current Marketplace cafeteria will be Friday, March 9.

Until the new renovations are completed, Students using meal swipes will have to go to the Glassworks Eatery in Holly Pointe Commons for cafeteria-style meals.

Plans for the redesigned marketplace include modernizing the decor and converting the space from its current layout as an all you can eat style buffet into something more closely resembling the food court area currently located in the basement of the student center. Jordan also noted that the plan was to place seating in the space as well. One of the restaurants expected to move from the current food court to the new space is the Mexican restaurant, Sono.

The other major portion of the renovation will come with new digital connections, including kiosks around the student center where students can place orders ahead of time, and a mobile companion app that will provide the same service elsewhere around campus.

During her presentation, Jordan said the mobile capability is the most exciting component moving forward.

“The mobile piece is huge, we think just from a convenience standpoint,” she said. “As well as just bringing the place up to 2018. So we’re really excited about that piece.”

After presenting the plan for renovations, Jordan took questions from the assembled student senators in attendance. There were minor concerns about the accessibility of the cafeteria during the process. SGA President Lauren Bitzer said that while the renovation would pose some challenges, it would also provide some benefit to the student body.

“It does create a roadblock for students throughout the spring semester,” Bitzer said. “At the same time, with adding mobile ordering, or with closing one [space] to open another, is giving more accessibility to those who want to get food between classes.”

For Jordan, the renovation’s end result should ease the problem of overcrowding as the university increases the size of its population.

“The real goal in the partnership with the university is that there’s a need for student space,” Jordan said. “And we can’t function in the food court [currently], it’s too small for what we have to crank out there, so how do we best utilize the space we do have to meet the student’s needs? It also then opens that environment much more to the community.”

The rest of the meeting was relatively light. The only other major business discussed at the meeting were the reports from AVP of governmental relations Rachel Benassutti and AVP of club development Matt Kyle. Benassutti announced that general elections have opened up for the positions of SGA president, executive vice president and CFO, and will be live until Sunday, Feb. 25. While Kyle said in his report at the meeting that three clubs, Rowan Alternative Music, Alpha Epsilon Delta and Phi Sigma Pi have all become chartered organizations on campus.

The last order of business before adjourning was announcing the results of the recent SGA trustee election. With 72.8 percent of the vote, Riccardo Dale picked up the win.

The next SGA meeting will be held in the Eynon Ballroom at on March 5 at 7 p.m. 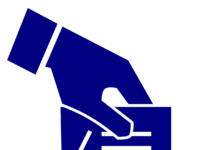