Getting the evening off to a flying start, the Women’s Choir sang their rendition of the classic Beatles tune “Blackbird.”

“Tonight, we’re steering away from business as usual and dedicating the evening to having fun,” said Chris Thomas, the director of choral activities and host for the evening. “There is so much good singing in so many different ways, that we just had to crunch it all together into kind of a fast-paced evening.”

Next up, singer Brooke Romaine, dressed in a flowing black dress decorated in red roses and lace, performed “Ride On, King Jesus.” Her operatic style and commanding stage presence made for a charismatic performance.

Following Romaine were performances by the Voces chamber choir, singing “Cells Planets,” and again the Women’s Chorus reciting “Ain’t No Grave Can Hold My Body Down.” The Women’s Chorus’ powerful voices brought to life a song that seemed to breathe strength into the concert hall itself.

New to the Rowan Sings 2018 program, the chorus conducted an audience sing-along to the The Beatles’ hit “Hey Jude.” With the lyrics shown on a prompter over the stage, the entire hall sang together.

Singing solo, Quinton Lewis performed an attention-grabbing rendition of the famous gospel song “He’s Got the Whole World in His Hands.” Lewis’ recital drew one of the largest applause breaks of the evening.

“He’s up here for two reasons; one, because he’s really good,” Thomas said. “Two, Quinton really represents someone who’s here on campus who’s majoring in music, but also majoring in psychology. Just because you sing, it doesn’t mean you can’t do other things.”

Following Lewis, Rowan’s all-male, student-run a cappella group, Profecy, performed. Each song showcased impressive vocal control by the group, starting with “Don’t Threaten Me With a Good Time” and ending with the popular Ke$ha songs “Praying” and “Thinking of You”.

After the intensity of Profecy’s performance, the Men’s Choir livened up the hall once more by singing a Beach Boys medley composed by the choir’s own Ben Burnham. Performing hits such as “Barbara Ann,” “Surfin’ U.S.A.,” “Good Vibrations,” “Help Me, Rhonda,” “Wouldn’t it be Nice” and “Kokomo,” the audience was grooving right along with the choir while they bobbed and swayed to the rhythm.

“I’m in four choirs: Men’s Choir, Concert Choir [and] I’m in the opera too,” Solkela said, underscoring the wide range of experience common among the performers.

The second audience sing-along of the evening featured Billy Joel’s famous song “Piano Man,” and the majority of the audience seemed to participate.

The next highlights included a recital of several songs from Rowan’s theater production of “Carrie,” sung as a duet and a performance by Rowan’s co-ed, student-run a cappella group RoVo. The group performed “Runaway Baby” by Bruno Mars and drew massive applause.

The final group sing-along of the night was the Elton John hit “Your Song.”

“If you’re a parent [of a performer], I am very disappointed in you,” Thomas joked. “Your child did not know this tune. You are paying their tuition while we had to teach them this Elton John song.”

The evening closed out by merging all the university choirs together to perform “Unclouded Day,” an 1879 Gospel song popularized by Willie Nelson. The bright, lively and hopeful tune was the perfect ending to a fun evening of music. 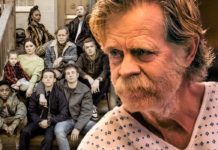