Venezuela is in ruin. A nation of more than 30 million people, and home to one of the largest oil reserves in the world, is on the brink of total economic collapse and inevitable civil war. Its socialist economy and current oppressive regime has brought this once promising country to its knees and the people of this proud country are fighting for its freedom.

The crisis plaguing Venezuela is largely due to two major factors. The country’s total economic dependence on the global oil markets, and the death of Hugo Chavez.

From 1998 to his death in 2013, Chavez used his charisma and the Venezuelan people’s disdain of the wealthy elites to gain control of the country by establishing a socialist government. Chavez often took advantage of the country’s oil reserves as well as the global oil boom to bribe the population with basic income, universal health care, and opportunities for education.

For a time it seemed to work. Venezuela was seen as one of the few shining examples of a country accepting its economy being totally socialist and succeeding at it. Unfortunately, this prosperity was not to last.

With the death of Chavez in 2013 and global oil prices beginning to gradually decline in 2014, Chavez’s successor Nicolas Maduro inherited a powder keg that was likely to explode even if Chavez was still alive. The problem being is the fact that not only does Maduro lack Chavez’s charisma, he’s inexperienced to the political landscape and no longer has any financial backing due to the economy plummeting.

Seeing no other way to remain in power, Maduro has attempted to rewrite the country’s Constitution in order to gain control of both the courts and the legislature. In essence this process would effectively make Maduro president for life.

However, opposition to Maduro’s wouldbe dictatorship has steadily increased over the past two years due to high unemployment and food shortages running rampant through the country. As a result the country’s murder rate doubled and starvation has nearly affected two thirds of the population.

Protesters have taken to the streets in defiance of Maduro’s regime but all attempts to peacefully oust Maduro have been met with either election fraud, arrest, or brutal suppression by the security forces.

Hundreds have died so far and many military officials have defected from Maduro’s regime and took to hiding in the countryside as a result. Makeshift bombs have been used to kill the security forces and likewise security forces have occasionally killed protesters. Many were acting out of self defense but as a result many of the population have grown to distrust the police as a whole.

So far the protests in Venezuela haven’t reached the same level of hostilities in say Syria or Ukraine, but with protesters and police force attacks escalating, the economy doomed to fail, and a population starving for both food and freedom, Venezuela could spiral into the first full blown civil war the Western Hemisphere has seen in over a century. 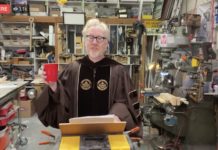