On Friday Sept. 20, students from all over the United States took absences from school in what would become the country’s largest-ever climate strike. Motivated by the speeches of Greta Thunberg, the 16-year-old Swedish girl with autism whose pleas for government action have captivated the world, the message of the strike could not have been clearer: young people are the future, and we have to work to create the Earth we wish to inherit.

Thunberg may be the most visible young climate activist within the movement, but she is far from the only one. After all, the strike would not have gained media attention if students hadn’t shown up in numbers. It is the unseen figure in the crowd who has motivated news outlets to talk about climate change and environmental policy over the past week.

Even so, it may be difficult for Rowan students to contextualize how they can make a difference in their communities. Recycling, metal straws, raw veganism and fixing faucets can only do so much in the face of corporate capitalism. This is especially true for college students who may lack spare money, free time, or a platform.

But that doesn’t mean that anyone should get discouraged.

We are all in college to learn how to be leaders in some capacity or other. For environmental science majors, it’s straightforward to understand how our future careers can be used for positive policy change. Those studying physics and engineering can work to create sustainable solutions for modern questions about clean energy and conservation.

Among journalism students, the South Jersey Climate News Project has been one way they’ve been getting involved. Several Whit writers, including Alexander Heller (News Editor) and Corey Rothauser (Staff Writer), were present at the Philadelphia Climate Strike to help report on this important event.

Viewed from the lens of creating innovative solutions, student activism seems like a natural fit to thrive in academic institutions such as Rowan.

Meanwhile, there are also problems – such as racism, sexism, poverty and violence – that this country has been facing for generations. The only way to truly tackle these problems is by learning and understanding more about them. Here, too, emerges the idea that there is no better place to get involved than a place of learning.

This is why, when bad-faith politicians urge you to distrust higher education or the professors who make it possible, we must resist the urge to give in. Knowledge shouldn’t be political. But if knowledge is going to be made political by those who seek to disempower us, we should at least use knowledge for the political purpose of problem-solving.

As politicians, professors and parents alike grow older, it becomes increasingly apparent that we, current Rowan students, will be the next to inherit the Earth. We may start out meek, but we don’t have to stay meek.

If Friday’s climate strike proves anything, it’s that we will rise into a roar.

How will your voice be used? How will your Rowan University education be wielded? What kind of world do you, personally, want to see made out of the remnants of the world we have now? After all, it does not seem like it will last for much longer.

So don’t wait on things that you want to accomplish in order to better the Rowan community, our country, our world. Don’t worry about needing to be a leader. If people care and listen to what you have to say, then you are already a leader. Much like Greta Thunberg, you may start out alone, only to turn around and realize that millions of people have been there, standing behind you. 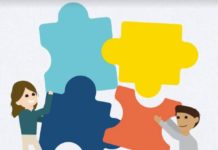 Editorial: Introducing Your New Co-Editors-in-Chief and Our Goals Moving Forward 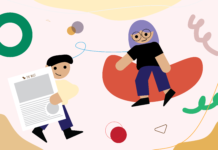 Editorial: To Mandate or Not to Mandate COVID-19 Vaccination