Everyone knows the story of Cinderella. A young peasant girl is treated badly by her step family. A handsome prince throws a ball. A fairy godmother gives Cinderella a beautiful dress. And boom! She meets the prince, falls in love and lives happily ever after.

Despite the basic plot, I always loved the story of Cinderella. For some reason, I was attracted to the story of an average girl going to a ball wearing a gorgeous dress and falling in love with a prince (for any royals reading this, I’m single!).

But there’s a trend where people try to analyze fairy tales and critique them for not being feminist. Which is totally fine, don’t get me wrong. I still don’t think Ariel should have given up her voice for a man. But Cinderella isn’t the right story to psychoanalyze.

People forget that Cinderella’s story is tragic. She was a young child whose parents had recently died. It would be tragic for anyone to lose their parents at a young age, but Cinderella also had an abusive step family. Her stepmother verbally abused her, practically enslaved her for years, and Cinderella dealt with this because she didn’t have another option.

Women in the past couldn’t do anything without the permission of a man. In the rare case that they could, they had some sort of money. Where would an unmarried, orphaned and poor girl go on her own? Can you really blame Cinderella for sticking it out?

As for the ball, the prince was the one trying to find a marriage. You can’t blame Cinderella for wanting a night off. After working for years as a servant without a break, I’d want a night on the town, too. When Cinderella left her home that night, she just wanted to wear a pretty dress and forget her troubles for a while.

But she got more than what she bargained for and met the prince. The pair fell in love and Cinderella lost her glass slipper. Interestingly enough, the prince forgot Cinderella’s face and decided that he would have a nationwide search for his love via her shoe size. Of course, he found her and they got married.

The thing is, people read Cinderella as a love story. But the real treasure within Cinderella’s story was that she was an abuse victim who found a home against all odds.

Cinderella never asked for a prince. She just wanted a break from her abuse. It’s a desire that isn’t a sin. In fact, the only thing that Cinderella was guilty of was choosing a man who couldn’t bother to remember her face. Or to even ask for her name. But if choosing a man who isn’t worth it is a crime, I’d be serving a life sentence by now.

The extraordinary thing about Disney’s versions of Cinderella is the fact that she was so kind. Some people harden under difficult circumstances, but Cinderella did not.

She was an abuse survivor that refused to let her abuse define her, which is a good lesson to teach children. Cinderella got out of her abusive home and thrived.

Isn’t that something that a child in need might want to see?

Instead of shielding kids from the fairy tale, more people should acknowledge it for what it is: a story of an abused woman finding love against all odds.

I’m happy to know that this fairy tale still holds up against the test of time and that Cinderella can remain a heroine of my childhood. 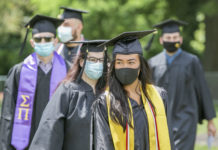 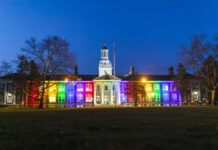