Eyeliner truly ran when emo overlords My Chemical Romance announced that they were reuniting for a North American tour. Legions of Hot Topic-clad zoomers and millennials, still distraught over the band’s 2013 split, all but ignited as they realized that they had another chance to catch a live-show glimpse of their storied messiahs.

Do I have a soft spot for emo? In my youth, I dabbled in pink-dyed hair with floppy bangs over one single eye, so yeah, you could say that I like MCR. Unlike other former “emo” kids, my nonconformist aesthetics were encouraged by both of my parents, including my father*, a now very serious engineering professional who once moonlighted as a metal band backup singer. MCR was something that many of my friends from middle and high school and I connected over, and still connect over, because “Helena” still goes hard. Though I have moved on to worse music, I will always be nostalgic for the comfort of my MCR-phase. And so, I am speaking my truth: I might have back-slid into Gerard Way’s lap for the chance to get one of those tickets.

(*That link does not show an image of my actual father.)

Hope shattered, however, when it came time to actually purchase entrance to a given show. About an hour before the ticket sale actually began, fans queued up in the cold purgatories of virtual waiting rooms with fingers crossed for moderately-priced pit tickets. What they found after navigating this purgatory, though, was the final fires of hell.

Ticketmaster, the service that MCR and hundreds of other artists use, was immediately flooded with fans hungry after the 7-year-long emo drought. Websites crashed repeatedly. In under six hours, seats seemed to have evaporated. The few tickets available, meanwhile, cost upwards of hundreds of dollars.

This is hilarious @Ticketmaster #mcr pic.twitter.com/fj7xvQFHGq

A mezzanine ticket to see My Chemical Romance was indeed selling for over seven thousand dollars. Tickets were going for completely absurd prices that no human being would likely want to afford… because Ticketmaster could get away with it.

“In some instances, events on our platform may have tickets that are ‘market-priced,’ so ticket and fee prices may adjust over time based on demand,” reads a cold, corporate statement from Ticketmaster’s website. “This is similar to how airline tickets and hotel rooms are sold and is commonly referred to as “Dynamic Pricing.””

I understand that not every artist will likely care about issues like these, regardless of how much they wax philosophical about “doing it all for their fans.” But MCR, a niche band without much radio play and which ultimately defined a subculture, seems like the kind of group that maybe should care. Maybe between his royalties from Spiderverse, Netflix, and Hot Topic merchandising, MCR front man Gerard Way can afford to decline using Ticketmaster for future tours.

If the tour will sell out anyway, it’s not a loss.

Of course, MCR deserves to profit off of their art and performance, but does Ticketmaster of all entities deserve such a large cut of the margins? Is MCR willing to be satisfied with Ticketmaster profiting off of their own fans’ love for them? If so, we’ll just have to carry on. 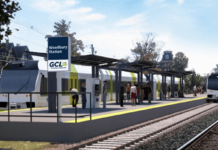 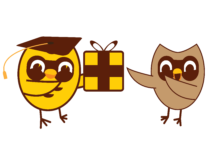 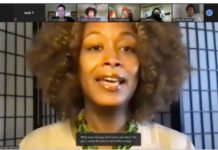