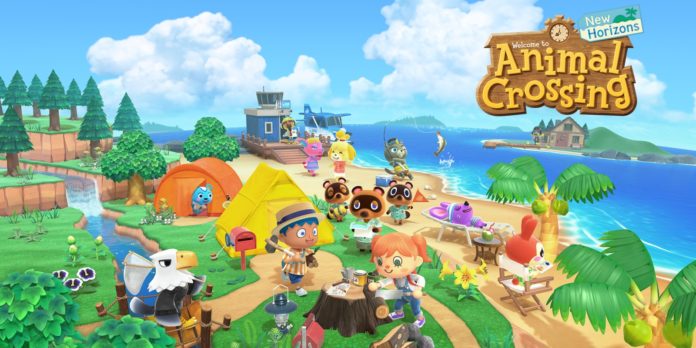 With only a little more than two weeks until its release, the latest installment in the “Animal Crossing” game franchise, “Animal Crossing: New Horizons” for the Nintendo Switch system, has sent fans of the game into a flurry of emotions.

The previous installment, “Animal Crossing: New Leaf”, was released in 2012, making this game release long-awaited, especially after its release date was pushed back from 2019 to this year. Fans are excited to see new features added to the game that were previously impossible, and experience the new graphics and design that are a step up from the DS games of the past.

In the most recent “direct” of the game, which came much later than expected, fans were shown a number of new concepts such as crafting, pole-vaulting across rivers and most importantly the ability for players to completely remodel the landscape of their towns via terraforming. This is huge news and a great improvement of the game for a number of reasons.

In previous games, once the player hits every goal provided in the game and perfects the town to their liking, not being able to change anything else often halts gameplay and creates stagnancy. Being able to continuously customize every aspect of the town from the bottom-up is especially good for the longevity of the game. This, along with improved graphics as simple as hair moving in the wind and ripples in the water are a welcome step up from the simplistic graphics of the past.

However, there are a few issues that have come to light around the hype of the game. The biggest of these is the confusion about being able to save the game. The Nintendo Switch works differently from other gaming systems in that gameplay is not saved in the actual cartridge, but rather to the Switch itself. While a DS game can be played in any DS without issue, trying to play a game that one has progress in on a different Switch will not work.

This is a big issue for “Animal Crossing: New Horizons” because in the event of a player’s Switch breaking, all progress could be lost. This could potentially be years of gameplay, as “Animal Crossing” is a very time-based game with all kinds of unlockable aspects. It could possibly take someone years of playing to be able to get certain aspects of gameplay again, and that’s not even taking into account all of the unique customizations and designs that the player could have made. In short: it is impossible to exactly re-create a save file for this game.

What’s even more troubling is that Nintendo originally stated that it would not support Cloud saves for the game, with the producer of the game saying that this was done to “avoid manipulating time, which remains one of the founding concepts of the series.” After some backlash surrounding this decision, Nintendo then said that while they still wouldn’t allow full Cloud saves, a limited form of Cloud saving would be provided sometime after the release of the game. This would help recover files lost due to “system failure, loss, or theft.”

There is still a catch to this: a Nintendo Switch Online membership is still required for Cloud saving. Individual membership costs $3.99 for one month, $7.99 for three months, and $19.99 for a year. Whether or not the save file will no longer be backed up if one decides not to renew their membership remains to be seen.

Another thing is that online multiplayer, which was once a free aspect of the games, will now also require a Nintendo Switch Online membership, so players will need to pay to connect with friends from different towns. So there is a lot to be excited for, but also some valid concerns.

The “Animal Crossing” series is loved by many, and pre-orders of the special edition “Animal Crossing: New Horizons” Switch system are sold out at every available retailer. The game is available for pre-order as well, with many different pre-order bonuses, and hype alone marketed the game even when Nintendo was curiously silent about it in recent months.

The game is projected to be a smash hit regardless of the road blocks along the way, so only time will tell what solutions Nintendo will provide for dedicated fans who support the game unconditionally.