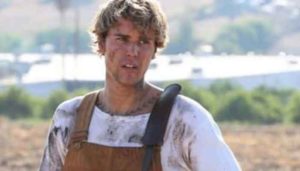 The new era of Justin Bieber has arrived as he debuted his new single “Holy,” along with a video for the song, just a few days ago. Released this past Friday on Sept. 18, “Holy” is an emotionally filled celebration of both faith and hope, and one that embodies the shift in character Bieber is embracing as he progresses in his music career.

This new single finds Bieber reuniting with artist Chance the Rapper in a gospel-charged song and story that embodies the ultimate fight for true and righteous romance.

Bieber took to social media ahead of the release date to share that he views this five-minute wholesome and complex video as not a music video but rather as a movie. The film, directed by Colin Tilley, sheds light on the various trials and tribulations of life and love, but not in the same manner that Bieber’s 2020 album “Changes” did. Rather than his wife, Hailey Bieber, playing his partner in the new film, Justin’s love interest in “Holy” is played by Ryan Destiny from the Fox series “Star.” The film also features Wilmer Valderrama from the hit TV show “NCIS.”

Chance also posted on his Instagram about the upcoming release of “Holy” where he called Bieber his “best friend.”

“I made one of my most important songs with one of my most supportive friends and I really want y’all to hear it tonight when it drops. I know this record will make you feel something, and I know that feeling is love,” the rapper said.

The film casts Bieber as an unemployed oil worker who has lost his job as a result of the global pandemic while his love, Destiny, is forced to continue on as a nurse since she is deemed to be an essential worker during this difficult time. As their situation continues to rapidly escalate into a downward spiral, the two end up both homeless and hopeless. It is not until they receive a miracle from Valderrama who unexpectedly shows up as a returning soldier and saves them by offering them a homemade meal surrounded by his family in the warmth of his home. The video concludes with an angled shot of each character sitting around the dinner table united as one through prayer and faith.

This is not the first time we have seen Chance the Rapper collab with Justin Bieber. The pair previously worked together on a number of occasions on tracks including “Confident” back in 2013, “I’m the One” in 2017 and “No Brainer,” along with DJ Khaled and Quavo, back in 2018.

Additionally, “Holy” is Bieber’s first new track that has come out since the “Changes” album was released this past February. Through his comeback album, “Holy” continues the roll he has been on of producing hits such as “Intentions,” “Yummy” and “Stuck with U” with Ariana Grande, just seven months later.

“Holy” is a piece that truly holds significance in Bieber’s ongoing and ever-changing journey as he outgrows his tumultuous and wild teenage years. It is also indicative of his journey to finding himself and adopting spirituality in his life, thus making him a more well-rounded and balanced human being and artist.