This winter, construction on a museum at the Jean and Ric Edelman Fossil Park will be started, with hopes to complete it by spring of 2023. This museum will not only contain fossils discovered at the park, but also give an inside look at the animals that once roamed our planet.

Dr. Kenneth Lacovara, a world-renowned paleontologist and founding dean of Rowan’s School of Earth and Environment, gave a virtual tour of the paleontology lab that showed fossils dating back to 66 million years ago.

While taking viewers around the lab, Lacovara explained in detail how the fossils that have been discovered at the Jean and Ric Edelman Fossil Park differ from one another.

By showing the bones of animals like turtles, Lacovara was able to inform over 200 people that were in attendance how its fossils came to be.

“The sediments that occur at the Edelman Fossil Park, they were in the ocean 66 million years ago. Mostly we find green fossils, but sometimes we find animals like dinosaurs and birds that lived on land,” Lacovara said.

The fascination and interest for every fossil that has been discovered is not lost on Lacovara and his team.

“This shark tooth here sat underground for 66 million years, and didn’t see the light of day until one of our researchers or volunteers uncovered it, put their hands on it, and now it will live in a museum, forever,” he said.

Along with his team, Lacovara has discovered many fossils at the Jean and Ric Edelman Fossil Park that are equally as important.

“I think the most interesting thing that we have found there is not one particular fossil. I think it is the context of the fossils. It is the way in which the fossils are found,” he said. “It is really unusual to find such exquisitely preserved fossils like we have found, and we have one particular layer there that has this rich accumulation of invertebrate fossils, vertebrate fossils, even some wood that has floated in from the land.”

Lacovara also commented on what he finds most fascinating about the fossil park.

“We have this amazing event that was preserved in the sediments of the fossil park, and it really preserves this entire fossil ecosystem. I find that incredibly interesting,” he said.

Lacovara made it a point at the event to similarly shine a light on the problems happening in our own ecosystem and their importance.

“Climate change has become a pressing issue here on earth, and we are really focused on that at Rowan, to both do the research and to find ways to reach out to the public so that we can all work together to solve this problem, so that we can have a bright and green sustainable future,” he said. 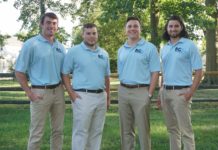 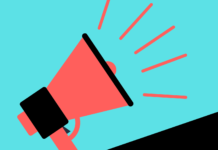 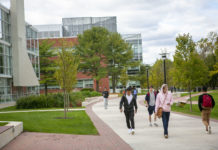