After many months of teasing the release of a joint mixtape all over social media, Lil Uzi Vert and Future have recently dropped their new collaborative album “Pluto x Baby Pluto” on Friday, Nov. 13.

Available on nearly all streaming services including Apple Music, the album comes nearly eight months after Lil Uzi released his masterpiece “Eternal Atake” and around six months after Future dropped his “High Off Life” album back in early May.

“Pluto x Baby Pluto” features a Hype Williams-directed video for album track “That’s It” and arrives just a few short months after the two artists did a similar initiative back in late July, when they dropped their joint records “Patek” and “Over Your Head.”

This new project also spans 15 other incredible tracks with titles such as  “Plastic,” “Real Baby Pluto,” “Rockstar Chainz,” “She Never Been to Pluto” and “Bankroll.” Perhaps the most notable piece of the album is Uzi’s ability to shine the brightest with his rapping skills when the production is almost entirely stripped away from his vocals. This can be seen in a variety of places in the album such as in the opening verse of “Million Dollar Play” where he effortlessly crafts together a story about how to earn money very quickly while being sure to shout out his jeweler.

While “Million Dollar Play” is certainly a hit on the album, it does not come close to the meaning and depth of “Lullaby.” Quite possibly one of the most introspective and intense songs of his career thus far, “Lullaby” recalls the traumatic tragedies of Uzi’s childhood while reflecting on the impact they’ve had on his personal relationships as an adult.

As the listener progresses through the album, the seamless blend of sounds from each artist becomes increasingly more obvious. The pair bounce off of each other with ease on tracks like “Plastic” and “Stripes like Burberry,” while allowing one another to share the spotlight in other narratives.

The blend of production styles and signature sounds is also impressive. For example, “She Never Been to Pluto” is similar to Uzi’s most recognizable and classic songs and utilizes a very electronic and digital beat similar to the one found in “Eternal Atake.” On the other hand, “Sleeping on the Floor” is reminiscent of Future’s older tracks, as it was created by his go-to producer D. Hill.

Overall, “Pluto x Baby Pluto” is truly a legendary collaboration between two remarkably gifted rappers. Through its daring vocal performances, impeccable rap flows and iconic beats, it is sure to reach the top of the charts and receive the love and recognition it deserves. 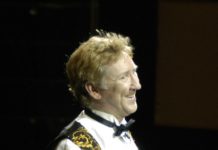