We trade stories regarding the self-styled futurist like gossip, about going to Mars with SpaceX and improving green technology with Tesla. Musk’s endeavors never quite tip the needle to “philanthropy,” but the general consensus is that his work will improve our society in ways that fill the cracks where governments alone have failed us.

Caught up in the mythos of Musk’s myriad accomplishments, we seem to forget that producing “cool things” for consumption isn’t the same thing as them actually making the world a better place.

Over the past year, Musk seems increasingly to be all four horsemen of the apocalypse stacked one on top of the other inside of a trench coat. After coming to America with raw emeralds in his pocket, the clearly self-made Musk has had a lot of ideas on how to “fix the world.” Between his selling commercial flamethrowers from his Boring Company during the height of California’s dry season to funneling cash to Republican PACs and refusing his workers the ability to unionize (after claiming on Twitter to be a socialist), it’s time we exercised some healthy skepticism in our beloved billionaire.

Elon Musk is no better than any other white guy who loves to scream despite having no idea what he’s actually talking about. He’s just a lot richer and has a lot more people listening because of it.

When 13 Thai soccer players made global headlines after being stranded in a cave, professional rescue workers insisted that they had the situation under control – but Musk would not be deterred from making the situation about himself, inventing a mini submarine which was featured in news chyrons but not in a real rescue. After prompting, Twitter does more to protect Musk from impersonation on their platform than they do to protect Jews from actual Nazis. Is any of that making the world a better place? Or does that have more to do with ego?

Supporters claim that he’s just doing what anyone would if they were either rich or smart or philanthropic enough to do so. In such, Elon Musk’s very existence has become a glowing endorsement for libertarianism, the result of a persona cultivated as if to prove that wealthy people with engineering degrees can be trusted to rule the world better than any representative government could. It’s a persona built upon fallacy, though, as Musk embodies the same ugliness that all of capitalism does.

He’s a wealthy man who wants to keep and hoard his wealth, which shouldn’t surprise anyone. While Musk’s methods err on more eccentric than, say, hedge funds, the ways in which he accumulates money are no more admirable unless he’s actively helping others with the profits – and he’s not doing that. He’s just making expensive toys.

Religion at Rowan: The Season of Advent Recognizes a Catholic’s Preparation for Christmas 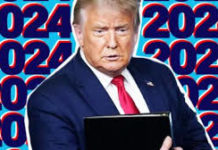 Pallante: The Grifting Will Continue Until Morale Improves