Godzilla. Kong. This legendary matchup contains two of film’s most iconic, colossal figures slugging it out in a film that unequivocally sets itself apart from the rest of the series.

Fully knowing I could stream “Godzilla vs. Kong” right from my living room using my HBO Max subscription, I didn’t hesitate paying $17 to see it on the big screen. After seeing the preceding three films, “Godzilla,” “Kong: Skull Island” and “Godzilla: King of the Monsters,” I felt it was crucial to experience the astonishing CGI and special effects in theaters. Boy, was I right.

As most action packed monster movies, the film starts off slow with boring humans prefacing the story. Although it’s a direct sequel to “Godzilla: King of the Monsters,” the global situation regarding creatures in this universe is explicitly explained, making it easy to follow for new Monsterverse fans. The only thing that would be helpful to know is that in “King of the Monsters,” Godzilla ultimately saved mankind from the three headed King Ghidorah and then mysteriously fled into the ocean as the film ended.

The fourth installment of this monster-saga begins focused on Kong, who appears to be peacefully living his life on Skull Island. After a friendly interaction with Jia, a deaf girl who is able to communicate with Kong through sign language, it’s revealed that Skull Island is covered by a shield-like dome preventing Kong from leaving. The fear was that Godzilla, who was dormant until recent attacks, would pick a fight with Kong. But isn’t that what we unnecessarily paid to see?

Thankfully, there was absolutely no shortage of monster fight scenes, and even that is a tremendous understatement.

The creators realistically depicted what humans would actually do if a friendly, giant monkey was discovered: they capture and chain up Kong in an attempt to weaponize him, but that plan fails leading us to our first taste of the long-awaited Godzilla-Kong matchup.

Meanwhile, there is a not-so-intriguing storyline of Madison Russell (Millie Bobby Brown) who teams up with her friend Josh Valentine (Julian Dennison) and mistrustful podcaster Bernie Hayes (Brian Tyree Henry) to try to uncover corruption from tech giant Apex. When what Apex is really working on is finally exposed, it will absolutely leave you with your jaw on the floor.

The main focus however, is on the two stars of the series: lizard and monkey. This highly anticipated episode finally gives fans the opportunity to watch these two iconic beasts battle it out mono e mono. What stood out to me most was the remarkable computer generated imagery that makes this a visual stunner and a true work of art. The two giant stars racked up a very satisfying amount of screen time, especially in the second half of the film.

For a semi-speechless ape, they do a great job of giving Kong a personality and even a character arch. The relationship between him and Joji is heartwarming, and his ability to communicate opens the door for a much more cohesive relationship with the human characters. Godzilla, on the other hand, has no charming traits whatsoever. Obliviously keeping up with his nagging habit of walking through cities, Godzilla effortlessly demolishes trillions of dollars worth of infrastructure. You would think the lizard would take fights to the open country by now, out of common courtesy, but he never seems to learn.

In ridiculous, but spectacular fashion, “Godzilla vs. Kong” uses the traditional formula on a larger scale than we’ve ever seen before in the series. Considering this is the 35th Godzilla movie ever made, they also do a good job of not being too repetitive. Although the trailer makes it out to look like a heavyweight boxing match, beneath the surface there’s much more to it. This movie is action packed to the HBO Max, and it delivers to viewers everything they’ve been waiting for, plus some enormous surprises.

Spotlight: You (Yes, You) Can Be a Woman of Westby, Too 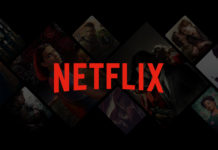