The Rowan women’s soccer team has won three games in a row, and will try and continue their hot streak as they will face Ramapo College on Saturday.

Over the past week, Rowan has pieced together six goals while only surrendering one goal to their opponents. The Profs beat Widener 3-1, Bryn Mawr 1-0, and Alvernia 2-0.

Natalie Pantalone and Aidan Sheehan each scored twice for the Profs during this stretch, while other goals came from Beth Sansone and Samantha Gurcsik in the win against Alvernia.

Pantalone noted the importance of teamwork in these games, which results in unselfish play from her and her teammates.

The Profs are 5-1 this season, and have scored 14 goals, nine of which have resulted from assists. Out of nine assists, seven of them each came from different players, which exemplifies the truly unselfish play of the Profs this season.

“We approach every game as a complete team, we try to do everything together, it’s not like trying to get anybody specific points or anything like that,” Pantalone said. “We go into it [the game] as a team, and we want to work together.”

How are they doing it?

Quick ball movement has also been a strong point for the Profs this season. Often they drop the ball back to defenders to allow them to search for an open teammate across midfield. By remaining in possession for a majority of the game, it allows Rowan to control the pace of the game and have time to set up their offense and attack the goal.

And even when they do lose possession of the ball, they make sure it doesn’t allow them to lose momentum.

“We want to work for each other, so I think that’s a huge part,” Pantalone said. “It’s never like ‘you lose the ball, you put your head down.’ It’s always, ‘you lose the ball you need to get it back,’ because if you don’t then you’re putting your other teammates under pressure.”

Despite the team’s success, Pantalone still has some notes from the last game against Alvernia.

“[There is] lots to work on. I think that’s what I come off with after almost every game,” Pantalone said. “The one shot that I had on frame we actually worked on that specific situation in practice, so a lot of times what we take away from those opportunities is how to better ourselves in those situations.”

The Profs will have their first New Jersey Athletic Conference [NJAC] matchup when they face Ramapo in Glassboro. In all 11 times these teams have squared off, Rowan has come out on top.

The Profs will then be heading to Rutgers Newark the following Saturday, which will kick start a four game road trip. 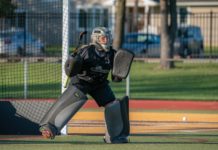 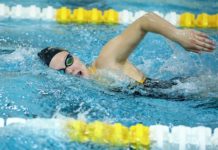