I used to think I was not Hispanic enough to celebrate Hispanic Heritage Month.

Feeling different seemed to be a common theme in my life — even within my family. All my ancestors came to the United States from Puerto Rico. Out of all the people in my familia, including cousins, second cousins, tios and tias, I am the only person who doesn’t speak Spanish fluently.

Growing up as the youngest by six years, I missed when all the parents were teaching their kids our native language. By the time I was born, the big kids spoke English to me, because that’s what they were taught in school and the adults were speaking more English, because their jobs required them to.

We went from speaking Spanish to Spanglish.

By no means do I consider my brain anything out of this world, however, I find it fascinating how quickly I can translate one language to another. It’s almost as if I have an interpreter in my ear translating messages almost instantly before sending them to my brain.

But if you ask me to speak it, hay dios mio, I will freeze.

Speaking Spanish was something that never came easy to me. Sure, I was surrounded by native speakers, but it never stuck — and if I’m honest, younger me didn’t want it to stick.

I grew up in Northfield, N.J., where almost 78% of the population is white. I was one of only a handful of Hispanic kids in my grade. I was the only Hispanic in my friend group as a child and I was the only kid I knew with a hyphenated last name — something that is very common in Latin culture.

“What did you eat for dinner last night?” my friend asked me one day on the playground.

It was second nature to me, I just assumed everyone knew that meant rice and beans and pork chops. Their look of confusion, and then disgust once I explained what it was, was a rude awakening as a second-grader.

“Buttered pasta and chicken,” they replied.

I marched to my mom with a calendar. I had hand-written all our dinners for the rest of the month: “Monday: Mac and cheeze, Toosday: Chiken tenders, Whensday: Pizza.”

She looked at me like I had three heads.

As I got older, I became more and more ashamed of my culture, because I thought my culture was ashamed of me. I used to work with a lot of Latinos and their look of disappointment when they’d speak to me in Spanish and I’d reply in English always made me feel naked. Not to mention, the constant pressure from my familia to speak Spanish, especially during big gatherings.

“Nope, don’t talk to me in English — only in Spanish,” they’d say to me. This often led to an awkward attempt of trying to speak it, and then just staying silent.

It wasn’t until I got into college that I started to realize the importance of appreciating my culture. I had spent so much time pushing away my Hispanic heritage, that I never stopped to realize that my Latin flare had been shining in me all along.

I am the first generation of my familia to be born and raised in the states. My American accent when I speak Spanish is a testament of my parent’s dedication to provide a better life for my brother and I. My broken Spanglish conversations with my abuela, who still lives on the island, represents two cultures clashing and collaborating in a wonderful dance.

As this Hispanic Heritage Month comes to an end, it’s important to remember the Latinx community is made up of all different shapes, colors and dialects. For any Hispanic Rowan students who feel like they aren’t included in this month-long celebration, you are, indeed, Hispanic enough. 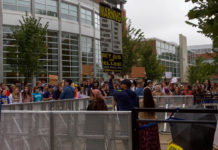 Editorial: We are Stronger Together 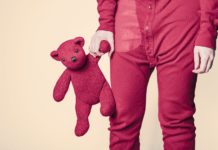