On Saturday, Oct. 27, 2018, a synagogue located about five hours from Rowan University became the site of yet another mass shooting. The victims were Joyce Fienberg, Richard Gottfried, Rose Mallinger, Jerry Rabinowitz, David and Cecil Rosenthal, Sylvia and Bernice Simon, Daniel Stein, Melvin Wax and Irving Younger. On Oct. 27, 2021, they were all honored by the Tree of Life Synagogue for the indelible mark they left on their community.

Multimedia Editor Alex Rossen noted that the fact that something like this could happen at all was enough to leave a tangible impact on many, including him and his other Jewish peers at Rowan, but even more so because it happened in such frightening proximity to our campus.

“In the immediate aftermath, I became scared of attending synagogue or identifying myself as Jewish,” Rossen Said. “It was the allyship of friends and the support of others who shared my cultural heritage that lifted me up into feeling more empowered and secure in my identity. Now, I wear my Magen David necklace every day with pride.”

Hate crimes like this must always result in the realization of three important calls to action. First, we must act as carriers of the memory of those whose lives were so heinously cut short. We must also ask ourselves what societal conditions have made this atrocity possible in the first place. And finally, we must speak out in opposition to hate and bigotry, and speak out in the defense of one another.

There is an old proverb, that you die twice. Once when your soul departs the mortal plane and once more when your name is spoken for the last time.

To light a candle for those dearly departed that we miss is a powerful allegory for memory. To say their name is to stoke the fire. To forget is to let the flame go out.

Before Robert Bowers shouted “all Jews must die” as he entered the Tree of Life Synagogue, he took to social media, accusing Jews of bringing “evil” Muslims into the United States.

To many, Bowers’ hateful rhetoric is representative of the distinct and long-standing presence of white nationalism with deep roots in the United States. These historical roots that underscore domestic terrorism must be acknowledged and understood. To do so is the only way to truly move forward.

“Love in the face of evil gives others hope,” Jewish nurse Ari Mahler said in a Facebook post after he treated Bowers’ injuries as he was wheeled to the hospital after the shooting.

In the aftermath, many questions arose about why a Jewish nurse would agree to treat Robert Bowers, even more so, because the synagogue was the one Mahler’s parents attended.

“Love. That’s why I did it … Love as an action is more powerful than words,” Mahler said. “It demonstrates humanity. It reaffirms why we’re all here. … I could care less what Robert Bowers thinks, but you, the person reading this, love is the only message I wish [to] instill in you. If my actions mean anything, love means everything.”

Choosing to love, respect and to speak out in defense of one another in the face of incalculable hatred is among the best choices we as a community can make in such moments as this. It is how we must choose to define ourselves.

Today and every day, The Whit’s editorial staff stands with our Jewish peers. We stand with all of our peers who feel marginalized, threatened or attacked for who they are. 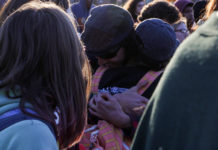 Editorial: A Conversation About Mental Health and Student Resources on Campus 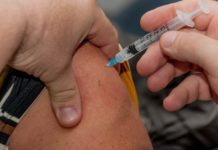 Editorial: Flu Season is Back to Reclaim its Virus-Throne