The anticipation of Nov. 12 has been killing every Swiftie in the nation and when the date finally arrived, my inner 12-year-old self was jumping up and down.

“Red (Taylor’s Version)” is finally out and is 131 minutes long with 30 songs. So many people were eager to hear the remake of her 2012 classic album that my Spotify account was glitching for a couple of minutes. I rushed to YouTube to watch the lyric videos that were published as well.

There are nine songs “from the vault,” which were unreleased tracks from recording sessions. Some featured artists from these tracks included Chris Stapelton, Phoebe Bridgers, Mark Foster and Ed Sheeran. “Red” was not particularly favored at the time. This was released as her transition from country to pop. However, the original album established the Swiftian universe.

“Better Man” and “Babe” gave us a glimpse of Swift’s old country style. These songs were given by Swift to other artists, making them hits in 2016 and 2018. Hearing a little country on a predominantly pop album was a nice change of pace.

The true attraction of “Red (Taylor’s Version)” was the expanded version of the already epic breakup song, “All Too Well” and the re-recording of the shortened version. Every verse was restored, making the originally-released, 5-minute song into a 10-minute song. Swift also included the F-bomb, which for her old albums was unheard of. The song exceeded every expectation.

Swift goes in-depth about her real-life post-breakup grief and rage, making it a true story. Swift emphasized the nine-year age gap with her ex-boyfriend, Jake Gyllenhaal with the lyrics, “I’ll get older, but your lovers stay my age.” One of the heartbreaking lines of the song was, “He’s gonna say it’s love, you never called it what it was,” which seemed to connect to the 2017 song “Call it What You Want.”

Later in the song, Swift referenced Shakespeare’s “All’s Well That Ends Well,” which is referenced once again seven years later in “Lover” with the lyrics, “All’s well that ends well to end up with you.”

As if we Swifties were not blessed enough with “All Too Well (10-Minute Version),” Swift directed a short film based on the song, which starred Sadie Sink and Dylan O’Brien. The film has a cozy, autumn feeling and must be credited to cinematographer Rina Yang for filming the video on 35mm. The film is 14 minutes long and it is quite the longest, yet fastest, emotional rollercoaster of Swift’s music videos.

O’Brien and Sink’s chemistry is beautiful, and they looked great together as a couple. In the middle of the short film, there is a scene in the kitchen where O’Brien and Sink’s characters are cursing and screaming over the fact that he dropped her hand in front of his friends, the moment where their relationship was ruined. Viewers could feel the rage and pain as the film depicted it so well. It was an adaptation many could relate to, unfortunately.

“Red (Taylor’s Version)” is bigger, better and causally crueler than before. It’s a milestone of how far Swift has come since then, and yet she still has so much to offer. Every Swiftie will be patiently waiting for the next re-recorded album. 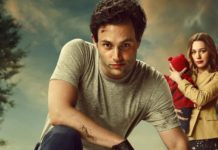