The NBA playoffs are already underway with some interesting results. 19 of the 20 playoff teams will get their hearts broken. One will cement themselves in the history books.

So, who’s looking scary enough for a title run?

***Note: Predictions were made before the play-in tournament started***

Brooklyn Nets vs. Cleveland Cavaliers: Don’t be fooled by the fact that Brooklyn is sitting in the play-in tournament. Kyrie Irving and Kevin Durant are in full swing after James Harden was traded to the Philadelphia 76ers and this Cavs team is young.

Atlanta Hawks vs. Charlotte Hornets: Remember when Atlanta went to the Conference Finals last year after the 76ers and New York Knicks fell apart? Yeah, that’s not happening this year. I have a feeling the Hornets could force their way to the next play-in game.

Cleveland Cavaliers vs. Charlotte Hornets: Cleveland going against Charlotte is a battle of two fun teams. Evan Mobley is a Rookie-of-the-Year finalist, while Charlotte’s LaMelo Ball is a walking highlight reel. Ultimately, Cleveland has the advantage.

Minnesota Timberwolves vs. Los Angeles Clippers: The Clippers have been a surprise this season. They kept themselves in the playoff race without superstars Paul George and Kawhi Leonard. Despite George returning, Minnesota has just enough firepower to get the victory.

New Orleans Pelicans vs. San Antonio Spurs: With all the losing the Pelicans went through early on, they shouldn’t even be here. San Antonio snuck in the tournament because of the Los Angeles Lakers’ collapse. I can’t see New Orleans taking an “L” here.

Los Angeles Clippers vs. New Orleans Pelicans: The Pelicans are lucky they faced San Antonio first. L.A. has more experience than them right now, and Paul George will make sure the Clippers win at home before hitting the road for Round One.

Boston Celtics vs. Brooklyn Nets: Boston made an incredible run in the second half of the season. Brooklyn finally has former Celtic Kyrie Irving back for home and away games. You may not like this– this is a trap for the Celtics.

Milwaukee Bucks vs. Chicago Bulls: This could get ugly very quickly. The Bulls have an awful record against superior opponents this year, despite holding the first Eastern Conference seed for a while. I want to say Milwaukee will sweep, but I’ll be generous.

Philadelphia 76ers vs. Toronto Raptors: This could go either way. Toronto has improved mightily in recent weeks, and Philadelphia’s best defensive player, Matisse Thybulle, can’t play in Canada because he’s not fully vaccinated. However, Joel Embiid will continue his MVP campaign against the Raptors.

Phoenix Suns vs. Los Angeles Clippers: Phoenix is on fire, and not just because they play in Arizona. Devin Booker and Chris Paul are still a dangerous duo. Paul will lay destruction on his former squad.

Memphis Grizzlies vs. Minnesota Timberwolves: Minnesota is a young and exciting team on the upswing. Memphis is too, but remember, they were dominant even without star Ja Morant. Another early playoff exit awaits the Timberwolves.

Golden State Warriors vs. Denver Nuggets: If Steph Curry was fully healthy for Golden State, and if the Nuggets had both Jamal Murray and Michael Porter Jr., this would be a treat to watch. For now, though, we’ll take the watered-down version of the series. I smell an upset here by Denver because the Warriors have some youth. Experience usually trumps youth.

Dallas Mavericks vs. Utah Jazz: Someone in Dallas’ organization thought it was a good idea for Luka Dončić to play in their meaningless regular-season finale, and he got hurt. On the other hand, Utah doesn’t look like the juggernaut they were last year. If the Mavs can appear decent, they’ll advance.

Miami Heat vs. Philadelphia 76ers: Both Miami and Philadelphia have solid, young cores. The Heat are the top East seed. But, Joel Embiid and James Harden have too much pressure on them to get bounced in the second round again. I have a feeling Thybulle could give sharpshooters Tyler Herro and Duncan Robinson trouble.

Milwaukee Bucks vs. Brooklyn Nets: This would be a playoff rematch from last year’s Eastern Conference Semifinals. The Nets want to make noise, and there are rumors of Ben Simmons making his Brooklyn debut. But, I’m still firm on this prediction.

Phoenix Suns vs. Dallas Mavericks: After beating the Jazz in round one, Dallas will face the music and run into the fortress known as the Phoenix Suns. I could see the Mavs stealing a few games, though. Remember, Dončić averages the highest career points per game in the postseason in NBA history.

Denver Nuggets vs. Memphis Grizzles: These are two talented squads, but only one can advance. Memphis’ rise in the standings will stop here. Denver having Nikola Jokić is kind of important.

Philadelphia 76ers vs. Milwaukee Bucks: Fans have been begging for a 76ers-Bucks playoff matchup, and I believe there’s a chance it could happen. This won’t be a quick series. Get ready for Giannis vs. Embiid.

Phoenix Suns vs. Denver Nuggets: As I’ve said before, this Suns team is just too good. A franchise-record 64 wins are nothing to sneeze at. Without Murray and Porter Jr. for Denver, Phoenix will bounce Denver from the postseason– for the second year in a row. 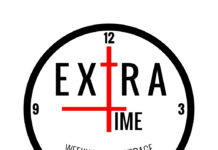